Can a family man become a priest? 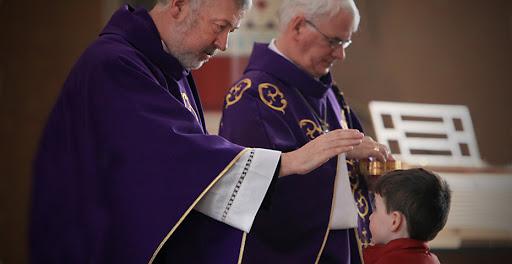 Imagine the challenges associated with being fully dedicated to a family as well as to priestly ministry. While there are exceptions, celibacy is the norm for priests.

In general, men ordained to the priesthood vow to remain celibate, dedicating themselves fully to the Church, which is the Bride of Christ. Priestly celibacy comes from a rich tradition in the Western Church, and while it is codified in canon law for the Western rites, it is not a dogma or doctrine. Therefore, there are some cases where exceptions are made for men with families, such as in the case of those priests who have converted from Anglicanism and are already married with children. Furthermore, priests of the Eastern sui iuris rites of the Catholic Church follow the laws that govern their particular churches, which allow married men to be ordained.

The Church has always recognized that some are called to the gift of celibacy. While today we might be quick to consider celibacy as less of a gift and more of a burden, St. Paul explains that a married man or woman is constantly concerned (rightly) about the needs of his or her spouse. “An unmarried man,” says St. Paul, “is anxious about the things of the Lord, how he may please the Lord” (1 Corinthians 7:32). It is clear throughout his writings that St. Paul believes that remaining celibate to serve God and His Church is a praiseworthy choice – one that frees you, rather than restricts you. In the Western Church, celibacy increasingly became common for priests and eventually became a definitive mandate during the First Lateran Council in 1123.

Some in society would like us to believe that celibacy is unnatural or even impossible. However, we know many people who are celibate: single people who are not yet married, married couples who may have to abstain for health or other reasons, widows or widowers and, of course, those who have embraced celibacy as part of their religious or priestly vocation.  Ven. Paul VI tells us, “They live in chastity, not out of disdain for the gift of life, but because of a greater love for that new life which springs from the Paschal mystery. They live this life of courageous self-denial and spiritual joyfulness with exemplary fidelity and also with relative facility. This magnificent phenomenon bears testimony to an exceptional facet of the kingdom of God living in the midst of modern society, to which it renders humble and beneficial service as the "light of the world" and the "salt of the earth."  (Sacerdotalis Cælibatus, 1967, no.13). The Holy Father goes on to say that the law of priestly celibacy is meant to support priests in their vocation of complete dedication to service of the Church.

While the law of celibacy for priests isn’t immutable, the Catholic Church has taught and demonstrated the many ways in which celibacy is suitable and beneficial for priests and the Church:

Celibacy for priests is certainly the general rule, yet the distinction that it is not doctrine is important when considering certain dispensations from this rule. Susan Gibbs is the spokesperson for the Personal Ordinariate of the Chair of St. Peter – a designation for those groups of Anglicans in the United States who desire to come into full communion with the Catholic Church. Within this Ordinariate are former Anglican priests who have converted to Catholicism, often along with their Anglican congregations. Gibbs explains that out of the 30 Ordinariate priests in North America, most are married. These exceptions have been made for pastoral reasons and each man’s case is considered individually by the Holy Father.