Could Leonardo Cardinal Sandri be the next Pope? 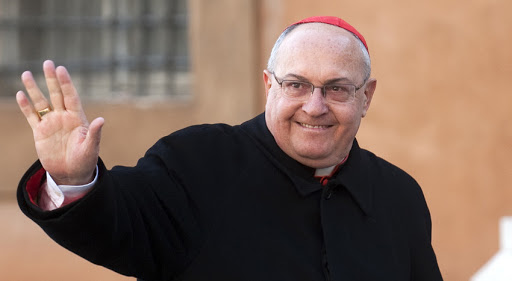 One of the most debated issues amongst Vatican watchers is that the internal workings of the Vatican City need an overhaul. With continuing suspicion of skullduggery at the Vatican Bank; the Pope’s butler leaking confidential information and suggestions that there are internal power struggles, bickering and corruption; and the mishandling of communications and public relations, observers are calling for a more tightly run ship.

They observe that we have had two popes who had other things on their mind than the power politics of the Vatican bureaucracy. John Paul II was concerned with world evangelization and the sweep of global history; Benedict was passionate about theology and the evangelization of Europe. Perhaps we need a Pope who will be more of an able administrator, and get the machinery of the Church cleaned, oiled and repaired for the twenty-first century.

For those who are looking for a man like that, who also has a wide command of languages, vast international experience, a thorough working knowledge of the Vatican and excellent relationships throughout the Church around the world, then Leonardo Cardinal Sandri could be their ticket.

Sandri, age 69, was born in Argentina of Italian immigrant parents. In this way, he brings together Europe and the New World similarly to Marc Cardinal Ouellet of Canada, who is of French-Canadian descent.

Cardinal Sandri studied theology, philosophy and humanities at seminary in Buenos Aires before completing a Licentiate in Theology. He later earned a Doctorate in Canon Law from the Pontifical Gregorian University in Rome. He has served the Church as a Vatican diplomat and curial official for most of his career. Having mastered English, Spanish, Italian, French and German, he has worked in Madagascar, Mexico, Venezuela and at the Apostolic Nunciature in the United States.

Under Pope Bl. John Paul II, his service in the Vatican has included the post of ‘Substitute’, which is essentially the Vatican’s Chief of Staff. More recently, he has served as Prefect of the Congregation for Eastern Churches. National Catholic Reporter’s John Allen reports that Sandri “has a stellar reputation from his term as Substitute under John Paul II, with most Vatican insiders recalling him as efficient, detail-oriented, and more interested in getting things done than in playing political games. If the Cardinals are looking for a ‘governing pope,’… that logic could lead them … to Sandri.”

Furthermore, Allen observes that Sandri is popular. He may not be a dynamic and charismatic leader like Bl. John Paul II, but he is warm-hearted, humorous, genial and easy-going. Because of this, he has friends all over the world. In sum, he is trusted, liked, able and efficient. He is known for his defense of orthodoxy in doctrinal and moral matters while still being able to take a diplomat’s practical and pastoral approach. In other words, he’ll draw the line, but he’s not a hard liner.

However, do we really want a diplomat and career bureaucrat for Pope, no matter how congenial a person he might be? Sandri’s academic accomplishment is not stellar. He is not the world-class philosopher and polymath that we had in John Paul, nor is he a top-notch theologian and author like Benedict. In addition, even though he was born in Argentina, is he really a product of the developing world? It’s more like his parents went out there from Italy and he came home.

Rightly or wrongly, much of the Church perceives the Italian prelates as caught up not only in ecclesial politics, but also Italian politics. It may be prejudiced and incorrect, but to the outside observer, the whole world of Italian politics seems to have been lifted from one of the Godfather films. Cardinal Sandri may be exactly the man to run the Vatican efficiently, but maybe he should have another top job like Secretary of State, serving as the new Pope’s right hand man.

No matter how we perceive the man who is elected, it is also true that he inevitably changes as he grows into the job. The genial bureaucrat and diplomat Leonardo Sandri may have hidden within him the world pastor, global evangelist and man of courage and inspiration the Church needs. His excellent gifts might be magnified by the Papal office, and he may grow into the Fisherman’s shoes and become an efficient, dynamic and warm-hearted Successor of Peter.
Fr. Dwight Longenecker’s latest book is Catholicism, Pure and Simple. Visit his blog, browse his books and be in touch at dwightlongenecker.com.