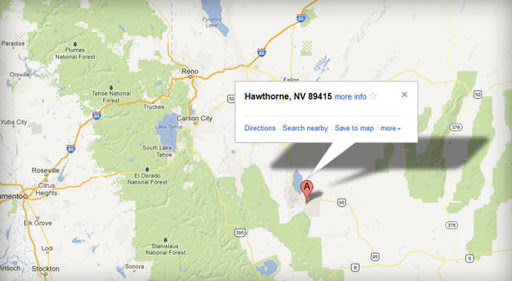 The cause of the explosion is under investigation

An explosion at the Hawthorne Army Depot in Nevada late Monday left seven Marines dead, and several more injured. The cause of the explosion, which occured during a training exercise, is under investigation. CBS News has the story:
An explosion at the Hawthorne Army Depot in Nevada late Monday killed seven Marines and injured several more from a North Carolina unit, the Marine Corps confirmed in a statement.
Officials say it was a Marine Corps training exercise accident that occurred around 10 p.m. local time, and involved servicemen from the 2nd Marine Division.
"We send our prayers and condolences to the families of Marines involved in this tragic incident. We remain focused on ensuring that they are supported through this difficult time," said Maj. Gen. Raymond C. Fox, II MEF commanding general, in a statement to the press. "We mourn their loss, and it is with heavy hearts we remember their courage and sacrifice."
The cause of the incident is under investigation.
The Marine Corps said it is withholding the identities of those killed until next of kin notification. The status of those injured has not been provided yet.