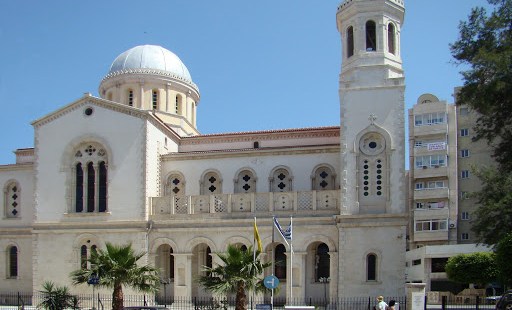 After lawmakers in Cypus rejected a proposal to seize 10% of the private bank deposits in the country to bailout its ailing economy, the Orthodox Archsbishop Chrysostomos II has offered his church's assets. Fox News reports:

The head of Cyprus' influential Orthodox church, Archbishop Chrysostomos II, says he will put the church's assets at the country's disposal to help pull it out of a financial crisis, after lawmakers rejected a plan to seize up to 10 percent of people's bank deposits to secure an international bailout.

[…]
The church has considerable wealth, including property, stakes in a bank and a brewery. Tuesday's rejection of the deposit tax has left the future of the country's international bailout in question.