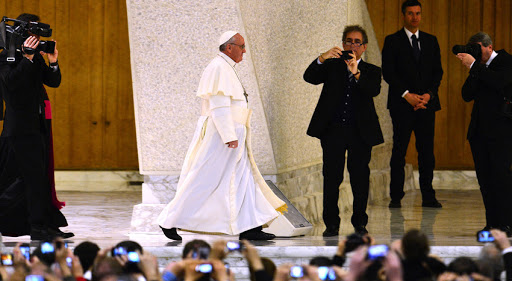 A bracing instance of the manic pace of the modern news cycle is that, a mere week into the pontificate of Pope Francis, one substantial challenge to the new Pope’s moral credibility has been made – and rebuffed. I mean, of course, the charge that Francis (then-Father Bergoglio) aided and abetted the military dictatorship that ruled Argentina from 1976 to 1983. The key charge was that Father Bergoglio, while he was Provincial Superior of the Society of Jesus for Argentina and Uruguay from 1973 to 1979, withdrew his order’s protection for two of its priests, Orlando Yorio and Franz Jalics, thus effectively giving the regime the green light to abduct them. Fathers Yorio and Jalics, suspected of being allied with the guerillas opposed to the regime, were kidnapped and held by the ruling junta for five months in 1976.

But in recent days, several voices have come forward to deny the charges, not least that of Franz Jalics himself (Yorio died in 2000). On Wednesday, March 20, in a statement on the website of the German province of the Jesuit order, Jalics definitively denied that either he or Yorio were given up to the ruling junta by Bergoglio (English translation here). The Vatican, too, has vigorously denied the charge against Pope Francis, while also pointing to many declarations claiming how then-Father Bergoglio worked to protect those in danger from the regime. In corroboration of these declarations, the appearance of letters from Bergoglio to Jalics’s family, written during the period of the kidnapping, reveal that the future Pope was doing everything he could to secure the release of the two priests. Further evidence of the same is noted by Tom Quigley in a recent piece in Commonweal. (Of interest also is this piece by Sam Ferguson at New Republic.)

Now that the dust-up is over, or at least settling down, the question needs to be asked: who made these charges against Pope Francis, and why?

A key source of the charges is Horacio Verbitsky, a former member of the leftist guerilla group known as the ‘Monteneros’ and now an investigative journalist for Página 12 – a newspaper, according to Mary O’Grady of the Wall Street Journal, strongly allied with the authoritarian government of current Argentine President Cristina Kirchner. Mr. Verbitsky is the author of The Silence: From Paul VI to Bergoglio: The Secret Relations Between the Church and the ESMA (ESMA being the Argentine Navy school turned torture chamber used by the ruling junta in the 1970s.) Featured in Verbitsky’s book are statements by Yorio in which he claims to have been given up to the regime by Bergoglio. For a time after his release Jalics believed the same, but he later came to change his mind and publicly reconciled in 2000 with then-Archbishop Bergoglio.

O’Grady accuses Verbitsky of a smear campaign against the Pope. “Former members of terrorist groups like Mr. Verbitsky,” she wrote in the Wall Street Journal, “and their modern-day fellow travelers in the Argentine government, have used the same tactics for years to try to destroy their enemies – anyone who doesn’t endorse their brand of authoritarianism.”

It is ironic that so often the “free press” allies itself, in the name of freedom, with collectivist regimes and constituencies seeking to morally, economically, and at times physically enslave people. Lest we think this is a phenomenon peculiar to Third World dictatorships, we need only glance through the recent headlines of the some of the more popular news sites here in the United States. What do we find?

We find Frank Bruni at the New York Times telling the new Pope to “stop talking so much about sex.” The Church has lost all authority on the subject, insists Bruni, who thinks the Church is just wasting her breath talking about priestly celibacy, contraceptives, homosexuality, and divorce to a world no longer listening.

We find Katie McDonough over at Salon decrying the new Pope’s history of refusing to recognize “gay rights.”

And we find Cavan Sieczkowski over at The Huffington Post doing the same, even as the New York Times was doing a double-take upon finding out that in 2010, Cardinal Bergoglio had urged his colleagues in the Argentine Episcopal Conference to push for civil unions for homosexual couples as a compromise measure in the face of broad public support for state-sanctioned homosexual marriage.

And the hits just keep on coming: On Wednesday, the Times published an op-ed by Peter Manseau in which he reads remarks by Cardinal Bergoglio in a 2010 interview as signs of hope that the new pontiff will revoke the discipline of priestly celibacy. These journalists and op-ed writers are the foot soldiers in a totalitarian movement that is growing more strident by the day. It is not a military but a moral junta.

We might call it, following Pope Emeritus Benedict, a “dictatorship of relativism,” but taking care not to misunderstand that term as implying that the ruling powers actually respect the moral values relative to particular outlooks. They don’t. Benedict’s term means a dictatorship of those who believe that the measure of morality is man himself – to the absolute exclusion of all other points of view. More and more our ruling elites – in government, in the press, in academia, in the world of the arts and entertainment, even too in Catholic circles – are forming themselves into just such a dictatorship. They are demanding that the Church change her ways in order to comport with their – the one and only – understanding of how things ought to be. It is a moral junta without compromise.

To be sure, the Church also defends moral truths that brook no compromise. But these truths are not the mere “opinions” of Catholic believers; they are not to be judged as though they were data in the latest political opinion poll, or op-eds on a rival news site. These moral truths have their origin in God’s plan for His creation – a plan, as Pope Francis affirmed in the homily of his installation Mass, that is “inscribed in nature.” The Church, the Pope continued, is called to be a “protector” of that divine plan, defending it against those who would arrogate divine power to themselves by asserting a morality that seeks to dominate nature in the name of human preference.

The Church is well aware that she exists in the West in pluralistic societies, where many do not share her views. Out of charity, but also out of a deep respect for individual conscience, she articulates the truth and then invites all people of good will to consider it in freedom. In his first meeting with journalists, Pope Francis even gave his papal blessing to them in silence, out of respect for the non-believers in the audience.

But as the Obama administration’s HHS mandate should remind us, our secular moral junta, including its arm in the press, is no respecter of consciences. It will not stop until all enemies are put under its feet.