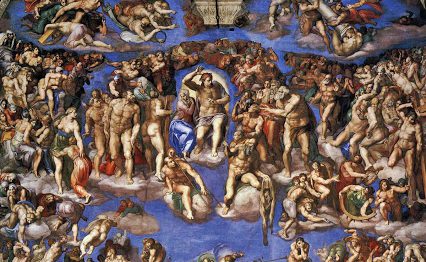 Keep watch, for we “know not the day nor the hour”

Catholics express their belief in the Second Coming of Jesus every time they go to Mass: “We proclaim your death, O Lord, and profess your resurrection, until you come again.” The Nicene Creed also definitively declares that Jesus Christ “will come again to judge the living and the dead.” Though some of the scriptural imagery regarding this event (which is also referred to as “the Parousia,” “Judgment Day,” and “the Apocalypse”) can be frightening, and though many unsettling visions have been suggested through the centuries of what this Second Coming will look like, the Bible does not actually offer many concrete details, and neither does Catholic eschatology.

Here is what the Church’s teaching does tell us: We have been in the final stage of the world since Christ’s Ascension into Heaven. Christ’s reign, though “already present in his Church, is still to be fulfilled in power and glory by the ‘King’s return to earth’ (CCC 671).This return will be preceded by a number of events, including the conversion of all the Gentiles in the world, followed soon after by the conversion of the entire Jewish people. Before Christ’s second coming, the Church will also undergo a “final trial in the form of a religious deception offering men an apparent solution to their problems at the price of apostasy from the truth.” This trial will “shake the faith of many believers” and will be the last confrontation between good and evil before Christ’s victorious return, when this world will pass away and when He will make known the innermost disposition of every human heart, “[rendering] to each man according to his works, and according to his acceptance or refusal of grace.”

Scripture tells us that we must be watchful for we “know not the day nor the hour” (Matthew 25:13) when Christ will come.  Rather than being afraid of Christ’s coming, the Church moves forward in hope, awaiting the time when Jesus defeats evil and death forever, thereby making the Body of Christ complete.