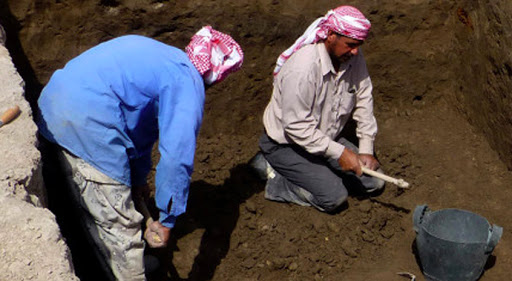 Researchers have made a major archaeological discovery in south Iraq near the birthplace of the Biblica patriarch Abraham. For years, researchers were unable to investigate the region, and the new find is huge – about the size of a football field. The Huffington Post has the story:

A huge complex uncovered near what some believe to be the Biblical birthplace of Abraham is exciting researchers who for years were unable to investigate the region.
The site was discovered by a team of British archeologists working at Tell Khaiber in southern Iraq, near the ancient city of Ur, according to the Associated Press.
Stuart Campbell, a professor of Near Eastern Archaeology at Manchester University and head of its Department of Archeology, told the AP that the site is unusual because it's so large. (It's about the size of a football field.)
"This is a breathtaking find and we feel privileged to be the first to work at this important site," Campbell said, according to Phys.org. "The surrounding countryside, now arid and desolate, was the birthplace of cities and of civilization about 5,000 years ago and home to the Sumerians and the later Babylonians."