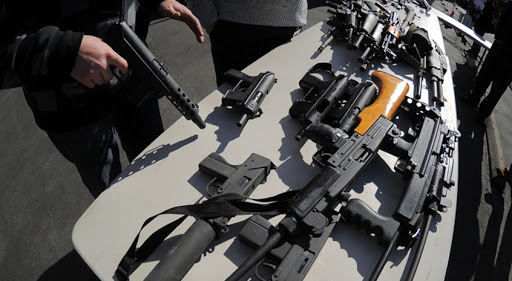 Gun violence is one manifestation of brutality in our society

Mary Ann Walsh, Director of Media Relations for the U.S. Conference of Catholic Bishops, recently wrote a column for the Washington Post on how the US Bishops see gun control as part of the Church's broader pro-life stand. Here's an excerpt:

Some things seem naturally abhorrent – forceps to crush a cranium in an abortion, a needle to deliver a sentence intravenously on death row, and an assault weapon in the hands of the man on the street. Each instrument may have a purpose some time, somewhere, but as used above, each reflects brutality in our society.

The injustice of taking innocent life lies at the heart of the church’s pro-life position. There is no question about the innocence of pre-born children. And Americans are becoming more and more uneasy as we learn of people on death row eventually found innocent of the crimes for which they were convicted. And surely, after the gunning down of primary grade children in Newtown, Connecticut, it is clear assault weapons stand out dramatically as a threat to innocent life.

The U.S. bishops now call on people to support federal legislation to require background checks for all gun purchases, to limit civilian access to high-capacity weapons and ammunition magazines and to make gun trafficking a federal crime. The bishops also want a ban on assault weapons.