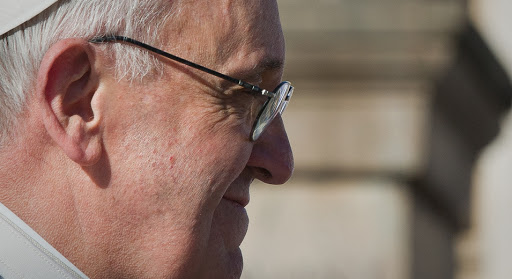 When the name Jorge Mario Bergoglio was announced to the world from the loggia of St. Peter’s Basilica, many looked to one another in surprise. Despite the fact that he was papabile in the 2005 conclave, this time around he was an unexpected choice, and accordingly, largely unknown to most of us. Though we are now gradually getting to know our new Pope through his homilies and news reports, many hunger for more. Where did he come from? Who is this man who is now the Vicar of Christ for the Universal Church?

Vatican reporter Andrea Tornielli is the first biographer to answer the demand for more background on the man who is now Pope Francis. While this cannot be considered a definitive biography since much of his history is yet to be seen, Francis: Pope of a New World is a solid introduction to this Italo-Argentine Jesuit priest that relies on past interviews, previously published material and the author’s first-hand experience of the Vatican.

This biography is an accessible read for anyone, whether a committed Catholic or an interested observer. In fact, the first three chapters on Pope Benedict’s resignation and the conclave would be familiar territory to almost any person who has been keeping up with the news over the last few months. Just when I started to wonder if we were ever going to get to the main character of this biography, Tornielli would throw in an intriguing detail about the conclave to captivate me anew. Indeed, Tornielli’s familiarity with the Vatican, and the number of journalistic sources he must have built up there over the years, add a level of depth to this short biography. Additionally, Tornielli has not only interviewed Bergoglio in the past, but has also shared meals with him, giving this journalist an advantage over others scrambling to put together a comprehensive picture of this Pope from “the end of the world” (as Francis stated himself during his first public appearance on the loggia of St. Peter).

Tornielli’s perception of Pope Francis and the character of his papacy is clear from the onset. Speaking of the public’s reaction to Pope Francis, he writes, “in him they recognize one of themselves: someone who came to serve and not to lord it over them. A man who came to share, not merely to exercise a sacred authority” (17). Tornielli has a narrative and sticks with it: that Pope Francis wants a peaceful Church for the poor and of the poor (as evidenced by the choice of his papal name).

He continues to tell a story of a man who comes from humble, blue-collar origins. We learn that Francis was neither wealthy nor poor, but brought up to put in an earnest day’s work. In fact, he began to work at age 13, putting in long days between school and his factory job. Tornielli draws these stories of Bergoglio’s early life from interviews with family members as well as a previously released Spanish biography of then-Cardinal Bergoglio, El Jesuita.

Tornielli follows Jorge Mario Bergoglio through his teenage years to the moment he heard a distinct call from God to the priesthood to when he entered the Society of Jesus for their emphasis on obedience, discipleship and missionary work. Covering the time when Bergoglio was the Provincial of the Jesuits in Argentina, Tornielli particularly addresses Bergoglio’s relationship with the Argentinian dictatorship, arguing his innocence in the face of accusations that Padre Jorge was complicit in the detention of two Jesuit priests by the Argentine regime.

Throughout his time as bishop and cardinal, Bergoglio is portrayed by Tornielli as a man who values mercy and seeing each individual as an encounter with Christ. Anecdotes of Bergoglio’s personal touch – from installing a direct line as bishop so that all priests could contact him at any time to riding the bus so he could see people on the street – demonstrate his desire to bring the love of God to the people he shepherds. His profound care for the poor, for those with addictions and for those who suffer were already well known in Argentina, and now stand as examples to the Church throughout the world.

Yet, at times, it seems that Tornielli steps out of the role of a biographer and into that of an editorialist, offering his own spin on the events of Bergoglio’s life. Tornielli casts Bergoglio’s perception of the Church as the “‘Church of the people’ desired by Bergoglio, the Church that ‘facilitates’ the faith of individuals instead of ‘regulating it.’”

Tornielli interprets Bergoglio’s insistence that children be baptized regardless of their parents’ marital status and his emphasis on apostolic zeal as Bergoglio’s preference for a simple Church. “For Bergoglio,” Tornielli writes, “the Church cannot be made up of an elite. And there can be no pure, minority Church as opposed to that of the masses, populated by that large number of persons for whom Christianity is made up of a few elementary things, a few practical essentials.”

While it seems clear that Pope Francis values simplicity, Tornielli seems to walk a fine line between offering an interpretation of Bergoglio’s actions and perhaps hinting that Bergoglio’s focus on the human person somehow stands in opposition to the valid tradition of the Church – an opposition that, as of yet, Pope Francis has not been heard to claim. Tornielli writes, “Some displays of the Church Triumphant perhaps had significance in the past. Certainly today, they appear out of date and not in keeping with modern sensibilities. In some cases, they even run the risk of giving a contrary witness. Instead of bringing people closer, they drive them away. Pope Francis, by being himself through and through, attracts. As proved by the extraordinary reaction of so many, many people have been struck and fascinated by his extraordinary ordinariness and simplicity” (38). One must read discerningly to find Pope Francis’s view of the Church, and not just Tornielli’s perspective.

By the end of this brief biography, the reader finds himself in present day, after Pope Francis has been installed as our new Holy Father. This initial biography is a bit thin on new material at times, but is impressively comprehensive for a book published mere weeks after the election of Pope Francis. Who is this man who now sits upon the Chair of St. Peter? Andre Tornielli makes some educated guesses, but he – like the rest of us – waits, watches and listens as we begin to journey with Pope Francis, who together with him encourages us to “walk in the presence of the Lord, with the Lord’s cross; to build the Church on the Lord’s blood which was poured out on the cross; and to profess the one glory: Christ crucified” (201).