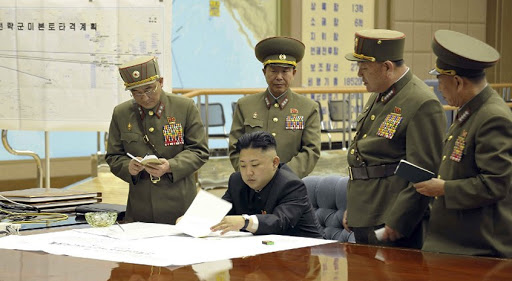 Many South Koreans are free of anxiety despite threats

North Korea has given a new round of threats to South Korea, this time warning foreigners to leave the country or else be caught in nuclear war. Reuters reports:
North Korea intensified threats of an imminent conflict against the United States and the South on Tuesday, warning foreigners to evacuate South Korea to avoid being dragged into "thermonuclear war".
The North's latest message belied an atmosphere free of anxiety in the South Korean capital, where the city center was bustling with traffic and offices operated normally.
Pyongyang has shown no sign of preparing its 1.2 million-strong army for war, indicating the threat could be aimed partly at bolstering Kim Jong-un, 30, the third in his family to lead the country.
The North, which threatens the United States and its "puppet", South Korea, on a daily basis, is marking anniversaries this week that could be accompanied by strong statements or military displays.