Pope Says Chinese Catholics Are Close to His Heart 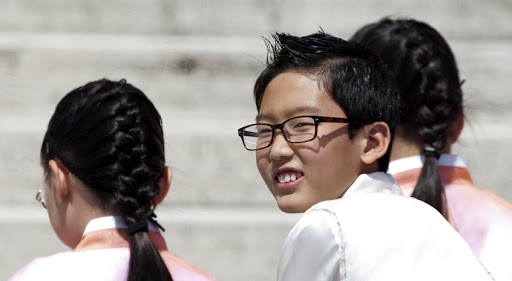 “Chinese Catholics have given many testimonies to the Universal Church,” Pope Francis said

John Cardinal Tong of Hong Kong shared in a homily that Pope Francis told him that Chinese Catholics were particularly close to his heart, and that they had give a great witness to the whole Church. Fr AsiaNews reports:
Hong Kong (AsiaNews) – "The Church in China is in my heart," Pope Francis told Cardinal John Tong of Hong Kong in the Vatican in March.  In his homily at a Mass celebrating the inauguration of the Pope Francis at the Cathedral of Immaculate Conception in Hong Kong April 8, Cardinal Tong shared his recent encounters with the new pope regarding the Church in China.
The Mass, concelebrated by Cardinal Joseph Zen, emeritus bishop of Hong Kong, and dozens priests, was attended by about 1,000 faithful. More than 25 pastors from Christian Churches, including 4 bishops of Anglican Church and 2 metropolitans from Orthodox Church, and diplomats from 15 countries, including Argentina, attended.
Immediately after the counting of the ballots, Card. Tong recalled, the new Pope "first went to embrace Cardinal Ivan Dias who had difficulty in walking. In my turn, I presented Pope Francis a small bronze Chinese statue of Our Lady of Sheshan, and said, "the Catholics in China love you and will pray for you. Also, we ask for your care for all Chinese Catholics, and please pray for us." Pope Francis smiled and said, "Chinese Catholics have given many testimonies to the Universal Church." To my surprise, he kissed my right hand to show his love and devotion for the Church in China. This gesture moved me deeply".