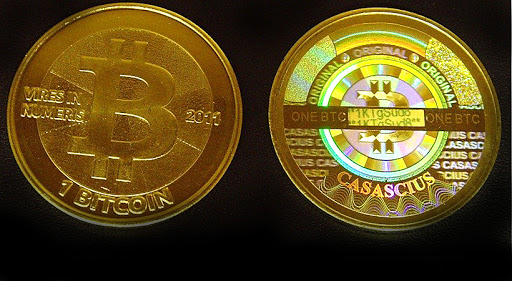 Bitcoin, the Internet currency launched in 2009, has increased in value by over 1000% in relation to the US dollar recent weeks. More people are buying bitcoins as a haven from what they see as volatile government currency. Singularity Hub has the full story:
Are we witnessing the birth pangs of a new decentralized global currency? Or is Bitcoin merely an age-old investment mania repackaged for the digital age?
Recent headlines are humming over the booming digital currency Bitcoin—it’s either the next big thing or the digital equivalent of Tulipomania. Either way, there’s no debating the fact Bitcoin’s on a wild ride.
Bitcoin dates back to 2009, but it was the 2011 Bitcoin bubble that brought the cryptocurrency mainstream. The USD/Bitcoin exchange rate jumped from $1 to $30 (+2900%) and plunged back to $2 (-93%) in a matter of months. Press coverage was equally bubblicious, a rash of articles praising then panning it. Bitcoin followed a more orderly path to a market price between $5 and $10 in 2012. Then in early 2013, the madness began again.
Read more