What Pope Francis’ First Curial Appointment Means for the Church 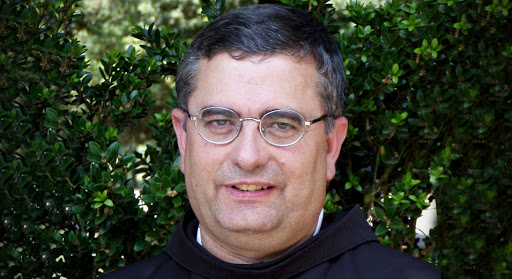 During the interregnum between the retirement of Pope Benedict XVI and the election of Pope Francis, there was widespread agreement among seasoned observers that reform of the Roman Curia would be at or near the top of the new Holy Father’s agenda. A ‘curia’ is an administrative bureaucracy; the Roman Curia is the administrative bureaucracy of the Holy See. It consists of all the various congregations, councils, academies, commissions, offices and tribunals that make up the central government of the Church, all under the “supreme, full and immediate power” of the Roman Pontiff. In recent years, serious problems arising from the mismanagement of curial departments have wounded the reputation of the Church, and hampered even the ability to conduct ordinary business in the Vatican. As a result, there is enormous pressure on Pope Francis to restore credibility and good governance by making the right personnel moves early in his reign.

Last week, we got our first glimpse into where the Holy Father may be headed in reforming the Curia when he appointed Fr. José Rodríguez Carballo, OFM, a Spanish priest, as Secretary of the Congregation for the Institutes of Consecrated life and the Societies of Apostolic Life (CICLSAL), the Vatican congregation that oversees religious orders. In making the announcement, Pope Francis also elevated Fr. Carballo to Archbishop of the titular see of Belcastro. He will work closely with Cardinal João Braz de Aviz, the Prefect of the Congregation.

What is striking about the appointment is that Carballo was in the middle of his second term as head of the 15,000-member Order of Friars Minor, the largest and oldest of the male Franciscan communities. It is not unusual for the Congregation to be led by the former heads of religious orders, including most recently American Archbishop Joseph Tobin, the former superior of the Redemptorists. But it is unusual to tap someone currently in that role, which either suggests some urgency on the Holy Father’s part or a conviction that Carballo is the ideal man for the job.

It is also surely no accident that Carballo is a Franciscan. The Holy Father has colored the early days of his papacy with a distinctly Franciscan hue, from the choice of his own name to his decision to reside in a small suite at the Domus Sanctæ Marthæ, the Vatican hotel and workers’ residence. He clearly believes that the Franciscan charism contains something vital for the Church and the world at this time. In choosing Carballo for CICLSAL, he may be saying that the nearly one million religious men and women around the world could also benefit from an infusion of Franciscan fraternity, humility and evangelical poverty.

There is no question that the Lord’s command to St. Francis – “rebuild my house” – has direct application to religious life today, especially in Europe and the United States, but even in Latin America, where vocations to religious orders have tumbled precipitously in recent years.  In the United States, Carballo’s appointment will have a direct bearing on the implementation of recommendations contained in the final report of the Apostolic Visitation of Institutes of Women Religious in the United States, which CICLSAL initiated in 2008, and which completed its work last year. Carballo’s immediate predecessor, Tobin, expressed some dissatisfaction with the way the visitation was conducted, saying he wished it had been more “dialogical” in character. The prefect of the congregation, Dom Braz, has echoed those sentiments, telling an interviewer in 2011, “There was mistrust, opposition. We’ve talked to them, their representatives have also come here to Rome. We started to listen again. That is not to say that problems do not exist. But we can deal with them in another way, without pre-emptive judgment, listening to the reasons.”

Also in the United States, there are ongoing issues arising from the Congregation for the Doctrine of the Faith’s (CDF) “doctrinal assessment” of the Leadership Conference of Women Religious (LWCR), which represents about 80% of American nuns. A year ago, the organization was ordered to revise its charter and place itself under the supervision of three American bishops. Last November, the leadership of the LWCR met with the three bishop overseers to begin discussing the specific provisions of the doctrinal assessment. Since the LWCR is an association of the leaders of congregations of American women religious, CICLSAL is sure to be involved. In the implementation of both the apostolic visitation and the doctrinal assessment, expect Archbishop Carballo to focus on healing and restoration rather than punishment.

From 2010 to 2012, an apostolic visitation of the entire Irish church was undertaken in response to devastating government reports on the sexual and physical abuse of children over decades. While the sex abuse crisis in the United States was centered largely among the secular clergy, in Ireland it was largely a problem for religious communities. As a result, CICLSAL was a key part of the original visitation and will have much input into reform of Irish religious communities, seminaries, and even local churches. Pope Francis has signaled that he will have no tolerance for sexual abuse, calling for ‘decisive action’ against offenders. Archbishop Carballo is likely to encourage the development of strict local mechanisms for the identification, reporting and removal of offenders.

There is also a vocations crisis in the developed world, with just over 900,000 members of religious communities across the globe, including some 730,000 religious sisters, 135,000 priests, and 54,000 religious brothers. In the developing world, particularly Africa and Asia, vocations are growing at a rapid pace. In the developed world, however, especially the United States and Europe, they are collapsing in all but a small handful of communities. In Latin America, as noted earlier, vocations are down sharply in the past decade. There, like in Europe and the United States, the crisis of vocations reflects a more generalized loss of faith, as well as the slow undoing of the family. In countering this crisis, expect Archbishop Carballo to make Pope Francis’s message of simplicity, joy, and service to the poor a cornerstone of CICLSAL’s global vocations strategy.