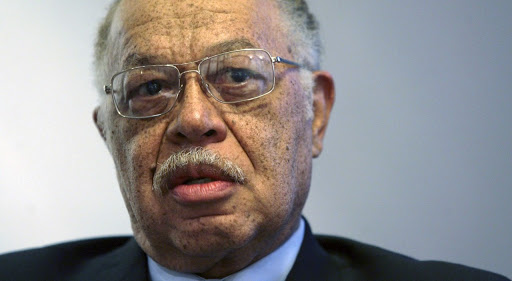 Though at the moment I write this the atrocities of “Doctor” Kermit Gosnell and his associates are trending at No. 1 on Twitter, the major news outlets in the secular media have largely ignored the story. One photo I saw on Twitter this morning showed rows of empty seats in the press gallery at the trial.
But I do not write to upbraid the secular media for its all-too-predictable fiddling while Rome burns. Nor do I simply want to follow the lead of Hannah Arendt and bemoan the banality of those who have committed these crimes and of our culture that seems so incapable of outrage.
I simply want to share with you two images.
The first is of Dante’s Satan. If you haven’t made it all the way down to the bottom of the pit of Dante’s Hell (Inferno, Canto 34), then you might be surprised to learn that when Dante finally encounters Satan he is not a kind of red-skinned Voldemort with a pitch fork and pointy tail. He is not Milton’s Satan, a suave and gifted English gentleman gone very bad. He is a giant three-headed beast who doesn’t preside over a fiery Hell upon a throne but rather is buried waist-deep in a lake of ice. He has three heads, a hirsute body, and is busy gorging on three sinners, one in each of his three mouths: Judas Iscariot, Brutus, and Cassius, all traitors either to God or fatherland (for Dante the worst crimes imaginable).
I want to underscore that Dante’s Satan, in a perverse parody of the Eucharist, is eating the three sinners. And interestingly, the bodies he is gorging on are never fully consumed. Satan himself, like Judas, is a traitor to God, and his treachery takes final, immutable form–hence the metaphor of being embedded in ice–in tearing others physically apart.
This is an image of sin at its absolute nadir.
But it is also an image of the seed at the heart of every sin: the desire, however inchoate, not simply to have one’s own way, but to devour others.
The second image I want to share is of Christ himself. As the perfect counterpoint to the image of Dante’s Satan, we can consider, first, the image of Christ on the Cross, the Suffering Presence that becomes actualized in the Eucharist. In the Eucharist there is also a partaking of Body and Blood, but the unity that is achieved by it is that of love and not destruction.
But the image of Christ I most want to put before you is the image that Christ himself gave to St. Faustina, and which we revered last weekend on Divine Mercy Sunday: the image of himself passing through the closed doors of the Upper Room, the rays of his mercy bursting forth from his heart. In this image we are reminded that Christ has the power to overcome every fear, every weakness, and to forgive every sin.
If the mercy of Christ means anything, it must be capable of calling to himself and forgiving Gosnell and his associates, and we pray that he will do it and that they will respond generously.
It has been a horrible, sickening week following the events of this massacre of innocents. But I shall end it by taking the image that Christ gave to St. Faustina as a rallying cry. A rallying cry to defend the unborn, to be sure. But a rallying cry, as well, to reach out more diligently to the darkened corners of our broken culture, and do all I can to bring Our Lord’s mercy to them.