From Lying to Decadence 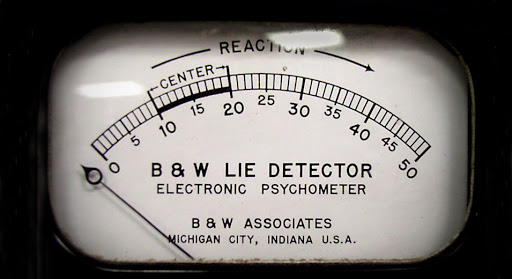 Why we lie, and why it matters

A government minister who can “look you in the eyes” and swear that he does not have a bank account in Switzerland; police who assure you they counted “only” 300,000 demonstrators; a Parisian palace that promises to have never hosted consultations for surrogate motherhood… so many examples, all very recent, that reveal the decadence of an era: lying has become customary. In this respect, it resembles a theft that is neiter seen nor caught.

However, almost everything eventually comes out, and when a person gets caught, there is a lot of damage. Lying breaks a relationship of trust. Those who have the tendency should think twice before lying. Even when it is forgiven, forgotten, and made up for, the memory of the lie causes a persistent discomfort, a feeling of suspicion and mistrust that asks, “Will I be able to believe him?”

As for the teller of tall tales who says he has caught a trout “this big,” he should not worry: he is not fooling anyone. This is a little part of the charm of his character.

Fear, essentially: fear of the gaze of the other, fear of judgment, fear of the consequences of our actions. This first cowardice latches onto another reality: by hiding the truth from the other person, I decide that there is no law. I despise the other person and treat him as if he were irresponsible. I think he is not worthy to know; worse, I manipulate him. I do not see him as a person but as an individual to manipulate. This is a grave injustice to the dignity of man.

Moreover, on the side of the victims (those who have been lied to), the reactions are unanimous. All we have to do is listen to the testimonies after  the Cahuzac case: all feel cheated, betrayed, humiliated. The feeling of having been manipulated predominates. There is a sense of injustice that – and perhaps this is the only consolation – reassures us of one thing about human nature: lying is wrong. When Bernard Tapie said (in 1995 during the trial OM-Valenciennes) “Yes, I lied, but in good faith,” he shocked people. (At least we can say that at these times in which relativism is king, people still have a conscience.)

As for the liar, and the former budget minister Jérôme Cahuzac emphasized it in his confession, there is the spiral – the liar is chained, dragged along. The paradox is that we are increasingly boxed in by inventing more lies to protect the first ones while secretly wishing to be discovered one day, wishing to be released.

Revolution against the real

There is one more kind of lie: that of ideology. The debate on same-sex marriage and adoption by same-sex couples is a perfect example.

How can you dialogue with your opponent if he denies reality so that he can substitute it with his ideology? We smiled watching Monty Python’s "The Life of Brian." We now realize that this film was prophetic.

Since reality proves the opposite, the law (today) and science (tomorrow) is ordered to say something else to nature. This is not a revolution against injustice, but a revolution against reality. And to distill this revolution, there is nothing better than to lie to the intellect by changing the words: for example, do not say “surrogate mother,” but rather, a “prenatal nanny” (the phrase was picked up and developed by Prof. Israel Nisand, professor of obstetrics and gynecology at the University Hospital of Strasbourg in the newspaper  "Liberation" of February 15, 2011 ).


What is the truth?

A famous Roman procurator asked that question of an innocent man he was about to condemn to death. For us Christians, this truth has a name and a face: it is embodied in Jesus Christ: “I am the Way, the Truth and the Life.” Notice he did not say “a way” or “a truth,” or “a part of the way” or “a part of the truth.” No; rather, he said the way and the truth. Period.

The truth is always compels us, and we receive it along with our discovery of objective reality. It shines with its own splendor. To lie is to speak against the real with the intention to deceive. Then, the light cannot shine, and we encounter the kingdom of darkness.

A society where lying is an integrated system, from a student cheating in an examination to a minister who lies before the National Assembly (that is to say, from the lowest level to the highest peak of the State) is a society in decadence that enchains itself. Such a society drinks its own poison by obscuring the intelligence of its members.

We urgently need a new generation of youth who will make the right choice: will the youth look for someone whom the Church refers to as the “father of lies,” or will they become disciples of a man who said (in John 8:32): "The truth will set you free" ?

Article published in partnership with Padreblog

Fr. Amar Abbot is a priest in the Yvelines. After receiving his law degree, he entered the seminary, and later went on to lead a religious community and then serving as a military chaplain, he is now a parish vicar. An author of shows for families (see  www.santosubito.fr  and  www.princedudesert.fr ), he is engaged in youth ministry. Contact him.