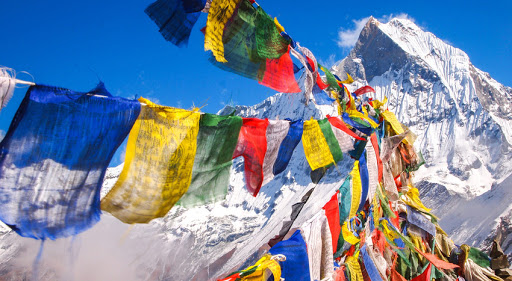 Tibetans set themselves on fire in protest of Chinese rule

Another person has set themselves on fire in Tibet in protest of Chinese rule – this time a young mother. 115 Tibetans have taken their own lives in this manner in protest so far. AsiaNews has the story:
A young Tibetan mother burnt herself to death on Tuesday in Sichuan province to protest Chinese rule, calling for the return of the Dalai Lama and true religious freedom for the region. The woman, identified as Jugtso (or Chugtso depending on the transliteration), leaves a husband and a three-year-old child. Her death brings the number of Tibetans who took their own life this way to 115.
According to local sources, the suicide took place near Jonang Monastery in Rangtang (Dzamthang in Tibetan), eastern Ngaba (pictured), a predominantly Tibetan area in Sichuan province, scene of many previous self-immolations, including two mothers, Kalkyi, 30, and Rikyo, 33, and two cousins in a separate protest, sources said.
After Jugtso's death, her body was brought to the Monastery.  Following this, local government officials and security forces pressured the family to cremate her remains during the night, in violation of local tradition.