The Church is Not a Babysitter, Says Pope Francis 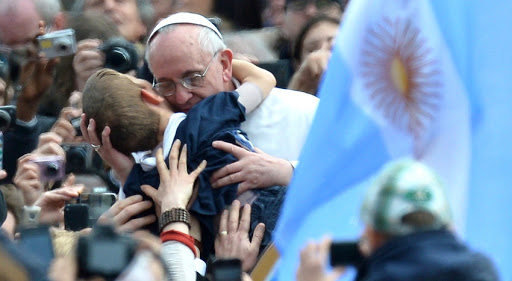 Instead, the Church is a mother who generates children who should grow up into adults

In his a homily Wednesday morning, Pope Francis said that the Church is not a "babysitter", but instead must be a mother who generates children who grow up into maturity in their faith:
The Church cannot be merely “a babysitter who takes care of the child just to get him to sleep”. If she were this, hers would be a “slumbering church”. Whoever knows Jesus has the strength and the courage to proclaim him. And whoever has received baptism has the strength to walk, to go forward, to evangelize and “when we do this the Church becomes a mother who generates children” capable of bring Christ to the world. This, in sum, was the reflection proposed by Pope Francis this morning, Wednesday 17 April, during the celebration of Mass in the Chapel of the Domus Sanctaeeee Marthae, at which many employees of the Institute for Religious Works were present, accompanies by Ernst von Freyberg and Paolo Cipriani, respectively President of the supervisory board and the general director of IOR. Among the concelebrants were Bishops Vicenzo Pisanello of Oria, and Giacinto Boulos Marcuzzo, Vicar of the Patriarch of Jerusalem for Latins in Israel.