The Largest Company in the World Is…From China 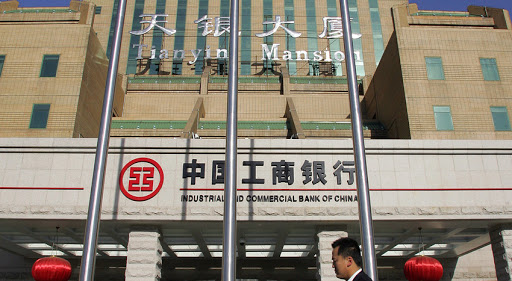 According to new Forbes ranking, ICBC is the largest company in the world

Forbes magazine has come out with new ranking of the world’s largest companies, and the leader is no longer an American company, but one from China: ICBC, or the Industrial and Commercial Bank of China. A Chinese company also holds spot number two: China Construction Bank.  See the full list. From the analysis of the new stats:
This year’s list again reveals the dynamism of global business. The rankings span 63 countries, three countries less than last year. The U.S. (543 members) adds 19 firms, bucking its declining presence since 2004 and registering its highest total since 2009. Japan (251 members) again has the second biggest presence on our list despite losing seven more members from last year. Mainland China (136 members) checks in as the third largest country in terms of membership with same number of firms from a year ago.  This is the first year since our inaugural 2004 list that China has not increased its number of Global 2000 companies. There are eleven countries with only one firm, including New Zealand, the Czech Republic and Vietnam.
Countries standing out in terms of growth across all four metrics are Singapore, Thailand and Malaysia. Belgium, Turkey, and the United Arab Emirates saw the biggest increase in company market values, all with double-digit growth from a year ago. The current economic crisis in Spain and Greece took its toll on their firms’ profits with each showing a country showing a combined deficit this year. You can also throw Italy in the mix as their firms show a decline in all four metrics this year.
Read more