On the Chechen Origins of the Boston Marathon Suspects 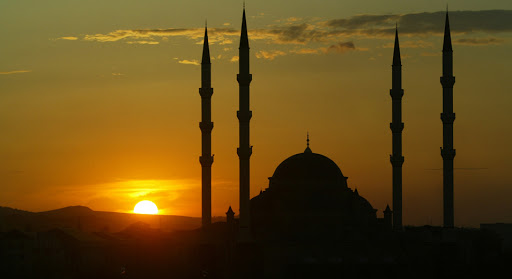 Both men are originally from Chechnya, moved to Kazakhstan as children, and moved to the United States a few years ago.

A CNN source close to the suspects said that "Tamerlan Tsarnaev, the older brother, had studied at Bunker Hill Community College and wanted to become an engineer… He then took a year off to train as a boxer." The source also said: "[A] posting on a social media site in his name included the comments: "I don't have a single American friend. I don't understand them."" Regarding their national origins, the source added that "it should not be assumed that either brother was radicalized because of their Chechen origins."

But neither can their Chechen origins be ruled out as a factor. Chechnya is one of several majority Muslim republics in Russia's North Caucasus, and has been in constant conflict with the Russia government since the early 1990s. In 1994, Russian President Boris Yeltsin sent 100,000 Russian troops to quell a separatist movement. The military conflict lasted two years and claimed the lives of thousands. Russia intervened militarily in Chechnya again in 1999, with tens of thousands of casualties.

Though originally nationalistic in character, the Chechnya separatist movement has increasingly taken on an Islamic character, with connections to terrorist groups, including Al Qaeda. In the last decade or so, Chechen rebels have carried out a number of attacks on Russia, including seizing a theater in Moscow with hostages in 2002, bombing the Moscow metro in 2004, bombing commercial Russian airplanes in 2004, and suicide bombings in the recent years. Shamil Basayev, the leader of the radical movement, was killed in 2006.

The U.S. has largely supported Russia in opposing the radicalized groups, listing some of them as terrorist organizations. A 2005 article in Middle East Quarterly titled 'How Chechnya Became a Breeding Ground for Terror' concluded:

"Moscow is correct in asserting that the Chechen question cannot be contained to the borders of Chechyna. With external financing and subsidized mosques and Islamic schools spreading extremism in areas bordering Chechnya, the spread of Islamism is a real threat. […] U.S. and European officials are slowly realizing the repercussions of hundreds of battle-hardened jihadis just three hours by plane from Western Europe. In the era of global jihad, terrorists operating in the remote mountains of the Caucasus pose the same threat as a cell operating in the heart of any Western European city. […] Chechnya may seem half a world away, but distance is no longer a guarantee of immunity from terror.

UPDATE 4:45pm: Chechen President Ramzan Kadyrov has issued a statement pointing out that the suspects have spent many years in the US and saying that a Chechen connection should not be assumed:
"Any attempt to make the connection between Chechnya and the Tsarnaevs, if they are guilty, will be in vain. They grew up in the United States; their attitudes and beliefs were formed there. It is necessary to seek the roots of this evil in America. The whole world must struggle against terrorism. We know that better than anyone else. We hope for the recovery of all the victims, and share in the sorrow of the Americans."