Peace at Home, Peace in the World: The Church in Turkey 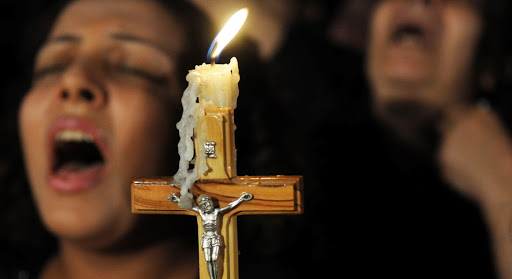 An interview with Fr. Alberto Fabio Ambrosio, Vicar of the Dominican Province of Istanbul

“Peace at home, peace in the world” – it is a saying used by the founder of the modern Turkish state, Mustafa Kemal Atatürk, and also the title Jesuits of Civiltà Cattolica have given to a conference moderated by Father Luciano Larivera on the “resources that Turkey owns and invests in to promote peace, security and well-being within its own borders, in the Middle East, Caucasus, the Mediterranean region, Europe, Africa and the world”.

Christians are among these resources, as Fr. Alberto Fabio Ambrosio, Vicar of the Dominican Province of Istanbul and lecturer at the Faculty of Missiology at the Pontifical Gregorian University, recently explained to Aleteia.


You mentioned that Christian minorities in Turkey offer three types of “wealth” – the first among them, a wealth of denominations. Can you tell us more about this?

Ambrosio: Turkey has 75 million inhabitants. Christians number around one hundred thousand; twenty thousand are Catholics. Nearly all the Christian Churches and denominations from East and West (i.e. the Latin Catholic Church and the Protestant denominations) are represented in this small number. The Eastern Churches that are represented included the Armenian Church, both Orthodox (i.e. Gregorian-Apostolic) and Catholic; the Syriac Church (Syro-Orthodox and Syro-Catholic); The Greek Orthodox and Greek Catholic Churches, and the Chaldean Church, whose presence has grown as a result of refugees entering Turkey’s borders from Iraq.

This coexistence of Churches and other Christian denominations is very enriching from an ecumenical perspective, and it is having an increasingly greater impact. Even Pope Benedict XVI stated during his visit to Turkey that the first task of all the churches present in Turkey is one of ecumenical relations. This objective, however, should not become a source of discouragement, for it’s true that the path to ecumenism is indeed a long one.


Turkey’s historical and archaeological wealth should also not be forgotten.

Ambrosio: Turkey’s historical, archaeological and cultural heritage is very important; however, perhaps it is more important considered ad extra, i.e. in the West. For Christians living within Turkey, it is a bit more difficult to appropriate this wealth. The structures needed to get involved in these areas are often absent where Christians are few in number. Therefore, when a person wants to study or gain a deeper understanding of Christians of the East – perhaps those who will become priests or want to specialize in this field – they have to go to other countries. On the other hand, in the West, there is growing interest in these places. The Year of St. Paul proclaimed by Pope Benedict XVI in 2008 and 2009 was a particularly favorable time for developing tourism and pilgrimages to the places made famous by Paul’s preaching. It was Monsignor Padovese, Apostolic Vicar in Anatolia (assassinated in Iskenderum in 2010), who worked so tirelessly so that the Year of St. Paul might be proclaimed for the entire Church, and it would be a moment of grace for those who visited these places as well as for the local community.


Isn’t there also a juridical value that comes from the presence of Christians in Turkey?

Ambrosio: Each of the Christian Churches and denominations has such a complex historical-juridical path to tread that their full legal recognition becomes for Turkey a veritable workshop on how to safeguard Turkish identity while protecting the religious and cultural minority with their histories. The meaning of Turkish citizenship has to allow for a pluralistic identity. This is the contribution that minorities are making to the process of profound constitutional renewal that’s currently underway in Turkey. It should be said that the historical reality is far more complex one might imagine. It is also important to note that the European governments also bear responsibility for protecting the Christian Churches and denominations present in Turkey, as evidenced by a debate that dates back to the 1930s.

Turkey has been doing its best to find a solution to these problems for some time now, and often it is the wealth of the Christian churches and denominations that blocks a shared solution. This demonstrates how the variety of Christian churches and denominations can be both a “cross” and a blessing. Despite what is sometimes perceived on a more superficial level, there is no discriminatory attitude towards minorities. If this indeed were true in the past, such at attitude was directed not so much at the Christian religious as it was towards those who were looked upon as threats to Turkish identity by foreign presences.


May we say that there is also a new wealth coming from the presence of Christian immigrants in Turkey?

Ambrosio: Many Christians have arrived in Turkey for a variety of reasons. This phenomenon needs to be studied and developed. Today, Christian immigrants are somewhat of a  “minority within the minority.” Until just a few years ago, the language of the Latin Church in Istanbul was French. Now we are realizing that English is gaining more ground, since Filipino Christians and African immigrants speak mostly English.

There are also many “new” French, Italian and German foreigners present in Turkey. In the area of Antalya alone, there are several hundreds of thousands of German Catholics who settled there when they retired, or who will at least spend a number of years there. Within the whole dynamic of the life of faith of a community, this is an important element that cannot be left in the background and that may very well reinvigorate the vitality of the Christian presence in Turkey.