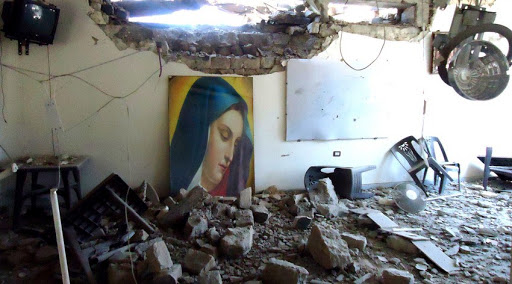 Israel claims they have evidence that Syria has been using chemical weapons against rebels in its country in the last month or so. The Obama administration has said previously that the use of chemical weapons was a "red line" that could not be crossed without a response of the US. It appears, however, that the Obama administration doesn't agree with the findings of Israel regarding whether Syria has in fact used chemical weapons. The NY Times reports:
TEL AVIV – Israel’s senior military intelligence analyst said Tuesday that the Syrian government had repeatedly used chemical weapons in the last month, and criticized the international community for failing to respond, intensifying pressure on the Obama administration to intervene.
“The regime has increasingly used chemical weapons,” said Brig. Gen. Itai Brun, research commander in the intelligence directorate of the Israeli Defense Forces, echoing a recent finding by Britain and France. “The very fact that they have used chemical weapons without any appropriate reaction,” he added, “is a very worrying development, because it might signal that this is legitimate.”
General Brun’s statements are the most definitive by an Israeli official to date regarding evidence of chemical weapons attacks on March 19 near Aleppo and Damascus. Another military official, speaking on the condition of anonymity, said that the evidence had been presented to the Obama administration — which has declared the use of chemicals a “red line” that could prompt American action in Syria — but that Washington has not fully accepted the analysis.
“When you draw a red line, you have very little interest in crossing it, if crossing it means you have to take action,” said the official, who was not authorized to address the matter publicly.