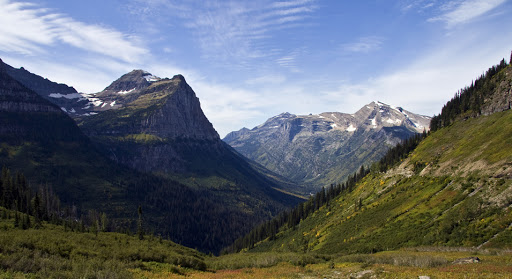 We hike a lot.  Living in the foothills of the Berkshires, it would be ridiculous not to.  You could walk a different mountain trail every week around here, and not be done with them all within a year.  Not that we take a different hike a week though, since our hearts belong to the trail at Talcott Mountain.

The Talcott Mountain trail is a solid three-mile hike that begins with a quarter mile of gravelly, steep walking at a shockingly intense incline.  If you can get past that first 20 minutes without collapsing, you’re rewarded with absolutely breathtaking views of the Farmington River Valley, the likes of which belong firmly on a Currier and Ives print.

It’s a trip we make on a frequent basis once the weather turns nice, and our six children, ages 10 on down to 11 months, are included.  Until this weekend, only four of the kids did this hike on their own two feet.  Before that, the baby and the toddler were blissfully carried up the mountain on the backs of their parents, but on Saturday, one week before his third birthday, our youngest son experienced the rite of passage that is the self-propelled mountain hike.

Oh, it was slow going.  There was a lot of stopping to examine shoes and passing dogs and things he declared to be “Bigfoot tracks!!” There were tears and rest breaks and the constant promise of trail mix once the summit was reached.  And it was eventually reached, though every single bit of natural beauty was completely lost on the not-quite-three-year-old whose sole focus was just getting there.  He barely glanced at the valley spread out below him, sat down in the middle of the path and demanded his trail mix.

Once the Ziploc bag of assorted fruits, nuts, and candies was in his hand, he ate a bit, smiled happily, and was able to continue on the trail for the rest of the way, completely joyful.

I thought about this at Mass the next day, when the kids were particularly awful.  One child kept losing a shoe, which was immediately noticeable thanks to the swamp-like stench that wafted through the air.  Another child had snuck a rubber duckie into Mass, and tried to justify its presence by explaining in whispers that it was an angel duckie, so it was ok.  Two other children seemed to have coordinated their attack so that at no point during the homily would either parent be able to hear a complete sentence.

In other words, I was a bit distracted. Maybe you’ve been there, too: whether it’s one child or six, whether it’s no children but a crippling worry that consumes your attention, probably there’s been a time that you’ve been sitting there at Mass, completely unable to focus.

But then comes that walk up to our Eucharistic Lord, the source and summit of our faith.  The moment when the Creator of the universe comes to us – comes into us – under the guise of lowly bread.

No matter how wretchedly chaotic I felt before receiving Eucharist, I always walk back to my seat, kneel down at the pew, and experience a few moments of blissful peace.  And even if a contraband rubber duckie hits me on the arm during my prayers of thanksgiving, I feel like I have the supernatural powers to lovingly respond to the four year old who should have known better than to sneak bath toys into Mass.

Maybe that’s all ok.  “Mountaintop experiences” in Christian symbolism are meant to be shorthand for an intense interaction between the human and the divine, but maybe sometimes, like in the case of my toddler’s first hike up the mountain on his own two feet, the point of that interaction is simply summiting.  Maybe sometimes, getting to the top and sitting down and being fed is all God asks of you right then.  Let the big stuff come later.  Right now, you just need to know that you can make it up here.

And so for those times that you find yourself at Mass, unable to focus your attention on the beauty of the Lord as firmly as you know you ought, as firmly as you’d like to, maybe just enduring until you can haul your sorry self up to receive the Eucharist is enough.  Maybe that’s the whole point God wanted you to grasp. The bigger stuff will come later, but for now, he just wants you to know that he trusts that, even when walking on your own two feet, the path you’re on will lead you to him.