Was the Protestant Reformation Justified? 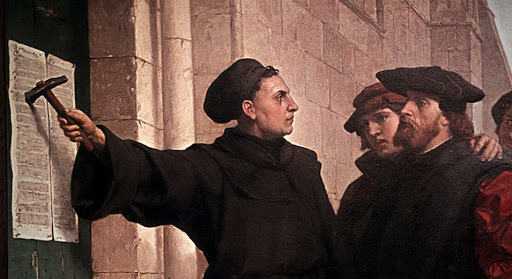 While corruption existed in the Church, the Reformation was also about politics, theology, and individualism

While Reformation theologians incited schism with the Catholic Church over theological maters, they were often backed by political rulers. In the 16th century, the Catholic Church wielded a great deal of power that secular rulers sought for themselves. In places where the Reformation took hold, secular leaders gained the power that the Church lost. Think of King Henry VIII of England, who declared himself the head of the Church so that he could divorce and remarry. Or, consider that Martin Luther was backed by Frederick of Saxony, who profited politically from the lack of Church unity. Church historian John Vidmar, O.P., in his book, The Catholic Church Throughout the Ages, makes the astute observation that “the success or lack of success of the Reformation in a particular country depended directly on the interest of the ruling monarch or ruler.” France, for example, remained largely Catholic due to its ruler’s opposition, whereas Denmark and Sweden became Lutheran because of their king’s religious affiliation.

Secondly, the age of the Reformation was one in which individualism was emphasized. This was certainly true in the philosophical realm and took hold in the Church as well. With the help of the printing press that made the Bible widely available, individuals’ interpretation of Scriptures and faith came to be regarded with the same importance as the long-held teaching of the Church. While this helped build support for the Reformation, it did not justify it. While the individual is of importance to God and his Church, revelation and Church teaching help guide Christ’s Church through the ages.

Finally, there were indeed many instances of corruption during this era, including nepotism, simony, and yes, the selling of indulgences. These practices were abuses and were even practiced by popes themselves. It is certainly understandable – commendable, even – that reformers sought to correct these corruptions. To seek to do away with these abuses is justifiable, but breaking away from the Church over them was not. Regardless of the individual sins of laypersons, clergy and popes, the Catholic Church never ceased to be the Church that Christ built on Peter and that the Holy Spirit came to on Pentecost.

Clearly, despite some of the reformers’ original good intentions, the Reformation was motivated by more than just a desire to purify the Church. It became a struggle for power, for emphasis on individuals over the Church and, ultimately, theological differences, such as whether man can be saved by faith alone, the significance and function of grace, and the question of papal authority.

One could rightly say that not only the Protestants, but also those who were corrupt and self-serving within the Church are to blame for the Reformation. In the end, however, nothing would justify breaking away from the one, holy, Catholic, and apostolic Church founded by Jesus Christ himself.