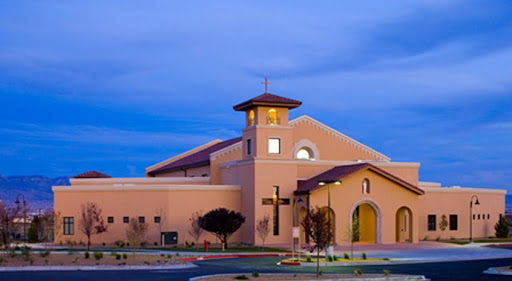 A young man pulled out a knife and started stabbing people in the middle of Mass at a parish in Albuquerque, NM. No one was killed. The young man was not a parishioner and his motive is still unclear. The LA Times reports:
At least four people were hurt at an Albuquerque church Sunday when a visitor jumped out of the pews and stabbed a choir member during a song, police and witnesses said.
The victims did not appear to have life-threatening injuries, police said.
Two parishioners told the Los Angeles Times that after communion at the St. Jude Thaddeus Catholic Church on Sunday morning, a man in his teens or early 20s leaped from the pews and stabbed the choir's lead singer while the choir was singing.
"While that was going on, people were just panicking. It was scary, you wouldn’t think something like that would happen in church," Reyes Stinson, 18, told The Times.