Where have all the religious vocations gone? 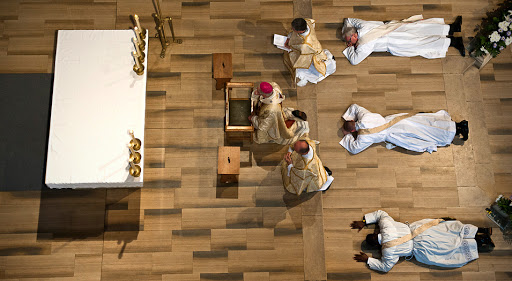 It can't be denied that the Church in the West is suffering a pronounced shortage of persons committed to the religious life as priests or nuns. According to a 2012 CARA study, the number of parishes in the U.S. without a resident priest has grown from 549 in 1965 to 3,389 today. Meanwhile, the number of religious sisters has declined from 179,954 in 1965 to 54,018 today, while religious brothers totaled 12,271 in 1965, and 4,477 today. Even in Africa, which has seen a burgeoning priesthood in recent decades, the ratio of laity to priests is still high – 4,875 to 1. These statistics leave many fearing for the future of the Church.

Why are priests and nuns disappearing from the landscape of the Church in the West? One common refrain is that the rule of celibacy is discouraging many potential candidates and that if only married religious became a norm, the predicament would be solved. Many also point to “outdated” Catholic teachings on moral issues such as abortion, contraception and divorce. And certainly, the abuse scandals of the past decade have done nothing to make the road to priesthood and the religious life easier.

These issues are anything but new. A brief skimming of Church history reveals that celibacy has been a challenge since its beginning. A look at those seminaries and religious orders in the U.S. that are bursting at the seams, like St. John Vianney in Denver,  Mount St. Mary’s in Emmitsburg, MD, Sisters of Life and the Dominican Sisters of Mary, Mother of the Eucharist  indicate another theory about the shortage of religious. These stand-out orthodox seminaries and convents support the claim of former Archbishop Elden Curtiss of Omaha, Nebraska: “There are as many vocations today as there have ever been, but the number of vocations a diocese will receive is inversely linked to how liberal [in terms of Catholic doctrine] that diocese has become.” A 2012 CARA study shows a generational difference in “the consideration of vocations” between post-Vatican II Catholics, born 1961-1981, and the millennial generation, born after 1981. Those born on the heels of Vatican II, amidst its wake of liturgical and doctrinal confusion, showed the least interest in religious life, while interest among Millennials (the “JP II Generation,” which has seen galvanizing phenomena like World Youth Day, as well as a gradual return to greater orthodoxy) has gone up.

There are indeed many factors causing the shortage of religious in the West, but perhaps the single greatest cause, as Archbishop Curtiss suggested, is the damage done by a watering down of Catholic teaching and identity. This watering down turns hungry young hearts away because it doesn’t satisfy. They want the reality of the relationship with Jesus Christ, which is demanding in a way that attracts them if presented in its fullness. There are signs of hope in the new generation of young adults, but their discernment depends largely on the dedication of those around them. Catholics need to identify and support with renewed intensity the things that are producing the greatest fruit for the Church’s next generation of religious: weekly Mass attendance, conversation about faith in the home, participation in Eucharistic Adoration, Bible study, retreats, prayer groups, praying the Rosary, and participation in parish ministry.