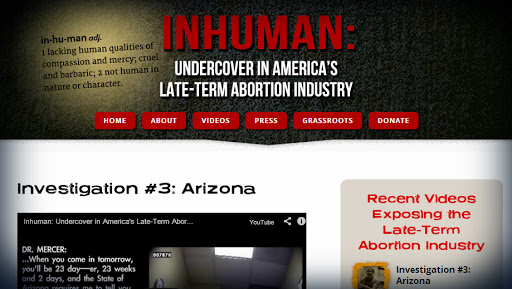 The prolife organization Live Action has released a third video from the undercover operation to expose late-term abortion, which they have titled 'Inhuman: Undercover in America's Late-Term Aboriton Industry'. This third video is from an abortion clinic in Arizona.

Below are the first two videos released from their investigation: