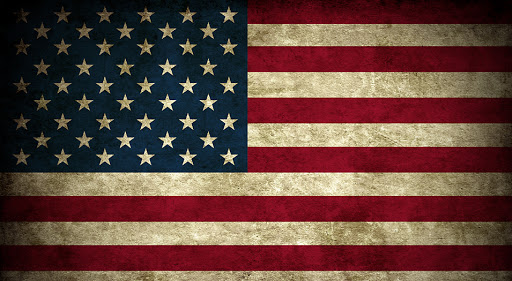 Terrorism seems to just be a fact of modern life

On the evening of the Boston Marathon bombing I was doing a radio interview about a book I’d written. Before getting to me, the host asked listeners to pray for victims of the atrocity in Boston and for the nation. When my turn came, I said, "My prayer is ‘deliver us from evil.’" The host agreed that was the right prayer.

Remember America the Impregnable? It’s just a memory now. The United States used to be literally beyond the reach of foes, protected by two mighty oceans and peaceful neighbors. But the cold war, with its ever-present nuclear threat, put an end to that. And with 9/11, impregnability was a vanished dream.

Now, of course, Americans find themselves menaced not just by foreign threats–al-Qaeda, North Korea, whatever–but also by a seemingly bottomless reservoir of home-grown monsters acting out fantasies of homicidal violence in settings like schools and movie theaters. "Terrorism is a fact of modern life," an Op Ed commentator pronounces. So, deliver us from facts of modern life!

The nation is responding to the reality of pervasive, universal vulnerability in a variety of ways. Abroad, President Obama sharply escalates drone attacks on terrorists–a controversial policy whose strongest talking point may be that it helps keep us from blundering into another Iraq. Back in the U.S. a homeland security regime is taking shape, with a burgeoning network of intrusive new procedures to match. More subtly, pit-of-the-stomach anxiety is likely swelling the market for escapist entertainment while encouraging some Americans to seek distraction in outlets like alcohol, drugs, and pornography.

Signs of the times abound. Driving into Washington, D.C. from the Maryland suburbs the day after the Boston bombing, I encountered a large electric sign conspicuously placed on the median ahead of me and flashing this message "See Something/Say Something/Report Suspicious Activity/Call or E-mail"–with a phone number and e-mail address. Welcome to your nation’s capital in the spring.

What is religion’s contribution to this new state of affairs? Bury the dead, comfort the injured, console the survivors of course. And those are eminently worthwhile things to do. But does faith point to any meaning in current events?

Looking for an answer, I turned to an old book by Caryll Houselander, a notable British spiritual writer of the last century with a strong mystical streak and a powerful sense of the Mystical Body of Christ. The book, This War Is the Passion, was written in wartime London at the height of the Blitz and published in 1941. The title wasn’t poetry but, for Houselander, a statement of literal fact. "For us," the book begins, "the war is the Passion of Christ."

This is not the place to attempt a genuine summary of this unusual book, much less a critique. I quote only one passage in illustration of the author’s message:

"The consistent Christian will, with Christ for his strength, be led on to risk all he has, gladly, offering his sacrifice in reparation for all evil. He will see men not as people of different nations at war, but as one great family, wounded, insane, in dire need of healing and help, and in all that he does he will offer the only healing and help there is, Christ in his heart for a sacrifice."

Impractical to the point of being irrelevant? Perhaps. But either this sheds light on the meaning of events like the London Blitz and the Boston bombing, or else there is no light to shed. I prefer to think there is.