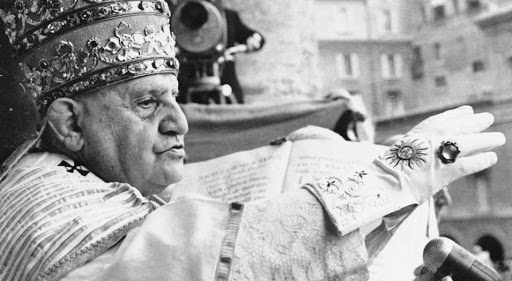 He helped save Jews from the Nazis in Istanbul

In 1944, Angelo Roncalli – Blessed Pope John XXIII – organized a network in Istanbul to save Jews and others persecuted by the Nazis. Now, an international conference in Jerusalem has proposed rediscovering the friendship and assistance that the Pontiff offered the Jewish people, especially during the Holocaust.

The meeting, which was held on 29 April, was presided over by Avner Shalev, Chairman of Yad Vashem, the institution created to honor the Holocaust victims and the heroes who risked their lives to save Jews during World War II.

One of the speakers was Baruch Tenenbaum, founder of the Raoul Wallenberg Foundation. In February 2011, Tenenbaum presented Yad Vashem with a scientific dossier to support the petition for John XXIII to be recognized as “Righteous Among the Nations.”

The recognition of “Righteous Among the Nations” bestows the highest honor on those who, without being of Jewish faith or descent, provided singular and altruistic assistance to the victims of the persecution undertaken by the National Socialist regime of the German Third Reich and similar groups in Europe before and during World War II.

The dossier shows, for example, that Bishop Roncalli, as the papal representative (apostolic delegate) in Bulgaria, Greece, and Turkey before and during World War II, interceded with King Boris of Bulgaria on behalf of Bulgarian Jews, and with the Turkish government on behalf of Jewish refugees who had fled to Turkey. The dossier also notes that he made every effort to prevent the deportation of Greek Jews.

In 1944, in Istanbul, he organized a network to save Jews and others persecuted by Nazism, explains the Wallenberg Foundation dossier submitted to Yad Vashem.

Tenenbaum also reveals through the documents collected by his foundation that the position Roncalli promoted as Apostolic Nuncio in Paris on the UN vote to recognize the State of Israel was crucial for securing the support of Latin American countries.

Several Jewish organizations will be participating in the congress, which is helping to rediscover the figure of John XXIII in Israel, including Yad Vashem, the AJC (Global Jewish Advocacy), and the Konrad Adenauer Foundation.

At the meeting, participants will include Shear Yashuv Cohen, Chief Rabbi Emeritus of Haifa, Archbishop Fouad Twal (the Latin Patriarch of Jerusalem), and several leading representatives of the Vatican, including Cardinal Kurt Koch, President of the Pontifical Commission for Religious Relations with the Jews, as well as numerous historians from universities in Israel and Italy.