Why Does Pope Francis Keep Talking about the Devil? 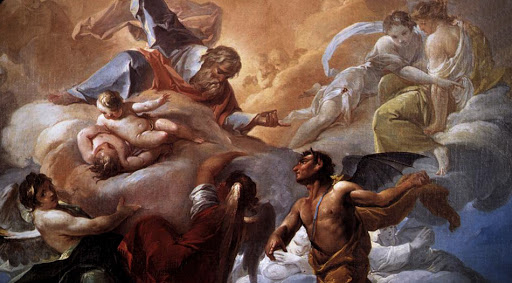 The malevolence behind the cartoon figure

In the preaching of Pope Francis, there is one subject that returns with surprising frequency: the
devil.
It is a frequency on a par with that with which the same subject recurs in the New Testament. But in spite of this, the surprise remains. If for no other reason than that with his continual references to the devil, pope Jorge Mario Bergoglio parts ways with the current preaching in the Church, which is silent about the devil or reduces him to a metaphor.
In fact, the minimization of the devil is so widespread that it casts its shadow over the very words of the pope. Public opinion, both Catholic and secular, has so far met this insistence of his on the devil with indifference, or at the most with indulgent curiosity.
One thing, however, is certain: for pope Bergoglio, the devil is not a myth, but a real person. In one of his morning homilies in the chapel of the Domus Sanctae Marthae, he said that not only is there a hatred of the world for Jesus and the Church, but that behind this spirit of the world is “the prince of this world”:
"With his death and resurrection, Jesus has ransomed us from the power of the world, from the power of the devil, from the power of the prince of this world. The origin of the hatred is this: we are saved and that prince of the world, who does not want us to be saved, hates us and gives rise to the persecution that from the earliest times of Jesus continues until today."
One must react to the devil – the pope says – as did Jesus, who “replied with the word of God. With the prince of this world one cannot dialogue. Dialogue is necessary among us, it is necessary for peace, it is an attitude that we must have among ourselves in order to hear each other, to understand each other. And it must always be maintained. Dialogue is born from charity, from love. But with that prince one cannot dialogue; one can only respond with the word of God that defends us.”
In speaking of the devil, Francis demonstrates that he has very clearly in mind his biblical and theological foundations.
And precisely for a fresh understanding of these foundations, "L’Osservatore Romano" of May 4 published an article by the theologian Inos Biffi that reviews the presence and role of the devil in the Old and New Testament, both in that which is revealed and manifest and in that which still belongs to a “hidden panorama” and in a definitive manner to the “inscrutable ways" of God.
The article is reproduced below, and concludes with a criticism of the current ideology that “trivializes” the person of the devil.
The ideology against which Bergoglio wants to call everyone back to reality.