Bergoglio, A Revolutionary In His Own Way 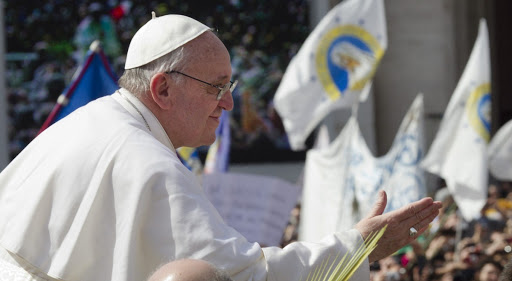 Francis is not a liberation theologian

In an ongoing honeymoon with public opinion, Pope Francis has also gained the praise of the most revolutionary of the Franciscan theologians, the Brazilian
Leonardo Boff: "Francis will teach a lesson to the Church. We are coming out of a bitter and gloomy winter. With him comes the spring.”
Boff set aside his religious habit some time ago, got married, and replaced his love for Marx with an environmentalist’s fondness for mother earth and brother sun. But he is still the most famous and most frequently cited of the
liberation theologians.
When, just three days after his election as pope, Jorge Mario Bergoglio called for “a Church that is poor and for the poor,” his admission among the ranks of the revolutionaries seemed like a done deal.
In reality, there is a chasm between the vision of the Latin American liberation theologians and the vision of this Argentine pope.
Bergoglio is not a prolific author of books, but what he has left in writing is more than enough in order to understand what he has in mind with his insistent mingling with the "people."
He knows liberation theology well, he saw it emerge and spread among his Jesuit confrères as well, but he always registered his disagreement with it, even at the cost of finding himself isolated.
His theologians of reference were not Boff, nor Gutierrez, nor Sobrino, but the Argentine Juan Carlos Scannone, he too at Jesuit disliked by most, who had been his professor of Greek and had elaborated a theology not of liberation, but “of the people,” founded on the culture and religious devotion of the common people, of the poor in the first place, with their traditional spirituality and their sense of justice.
Today Scannone, 81, is seen as the greatest living Argentine theologian, while on what remains of liberation theology Bergoglio closed the conversation as follows: "After the collapse of ‘real socialism,’ these currents of thought were plunged into confusion. Incapable of either radical reformulation or new creativity, they survived by inertia, even if there are still some today who, anachronistically, would like to propose it again."
Bergoglio threaded this dismissive judgment on liberation theology into one of his most revealing writings: the preface to a book on the future of Latin America written by his closest friend in the Vatican curia, the Uruguayan Guzmán Carriquiry Lecour, secretary general of the pontifical commission for Latin America, married with children and grandchildren, the highest ranking layman in the curia.
In Bergoglio’s judgment, the Latin American continent has already won a “middle-class” spot in the world order, and is destined to have an even greater influence in future scenarios, but is being undermined in that which is most his own, the faith and “Catholic wisdom” of its people.
He sees the most terrible threat in what he calls “adolescent progressivism,” an enthusiasm for progress that in reality backfires – he says – against peoples and nations, against their Catholic identity, “in close relationship with a conception of the state that is to a large extent a militant secularism.”
Last Sunday he broke a lance for the legal protection of the embryo in Europe. In Buenos Aires his tenacious opposition against the laws for free abortion and “gay” marriage is not forgotten. In the spread of similar laws all over the world, he sees the offensive of “an imperialist conception of globalization,” which “constitutes the most dangerous totalitarianism of postmodernity.”
It is an offensive that, for Bergoglio, bears the mark of the Antichrist, as in a novel that he loves to cite:
Lord of the World by Robert H. Benson, an Anglican priest, son of an Archbishop of Canterbury, who converted to Catholicism a century ago.
In his homilies as pope, the very frequent references to the devil are not a rhetorical device. For Pope Francis, the devil is more real than ever, he is “the prince of this world” whom Jesus defeated forever but who is still free to do evil.
In a homily a few days ago, he warned: “Dialogue is necessary among us, for peace. But with the prince of this world one cannot dialogue. Ever.”