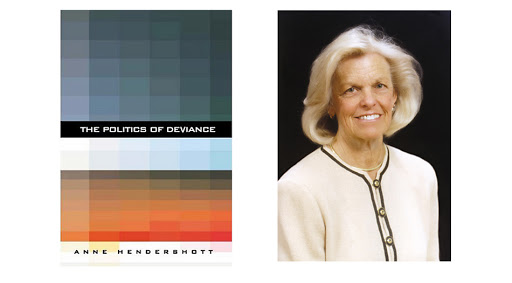 Anne Hendershott, a leading Catholic scholar an articulate opponent of the Obama administration, has reason to believe the she was targeted for an IRS audit as the result of her publications critical of President Obama and Catholics who supported him.

Her story may turn out to be one of hundreds across the nation in which the Internal Revenue Service specifically targeted conservative, pro-life individuals and organizations who have opposed policies of the Obama Administration.

“I have no proof of it being a political audit,” she said, “only the curious circumstance surrounding it. My husband and I have been married 39 years and never have been audited before. It was odd that [the agent] only wanted to talk with me–although he said I could bring our tax accountant…. All of the questions focused on who was paying me for the articles.”

She said he was “very inquisitive” and that she got the impression “that he was looking for a reason that I was writing for money, where, you know, Catholics tend not to do that. He kept asking me who was paying me: ‘Who paid you to write this one?’ and ‘What did you get paid for that?’”

A light moment in a Catholic writer’s run-in with the IRS came when the agent auditing her wanted to know about a $12,000 check she had deposited in her account.

“Actually, that was from you guys,” she told the agent. “It was a refund.”

But in general, Anne Hendershott’s 2010 audit in the New Haven, Conn., office of the IRS was no laughing matter. In fact, she felt so intimidated that, not wanting to put her family in a difficult position, she stopped writing on some of the topics that, she believes, led to the initial call from the Taxman.

Dianne Besunder, IRS spokeswoman for Connecticut, told Aleteia, “The IRS is prohibited by law from discussing any taxpayer or organization’s tax situation.”

Hendershott, a noted sociologist who takes up a new stint this fall at Franciscan University of Steubenville after a career at King’s College in New York, said the IRS agent “wanted to go back a couple of years [and examine] every deposit I made in our checking account.”

She said he didn’t have copies of her articles or anything, and none of the issues she wrote about came up in the conversation. But the audit was called a couple of months after she had written about a connection between groups like Catholics United, Catholics in Alliance, the Service Employees International Union and the community organizing group ACORN. Chris Korzen of Catholics United called in to a radio show in which Hendershott was discussing the story and “denied everything I was saying about his organization and said I was lying. But I had all the tax records in front of me. I could cite the [IRS form for non-profit organizations] 990 that he was paid $84,900 by Catholics in Alliance, which is a Soros group.”

She had also written articles critical of Catholics who supported Obamacare for the Wall Street Journal, Catholic World Report, and Catholic Advocate, a blog with which Deal Hudson, formerly an advisor to the George W. Bush Administration, was affiliated.

Carl Olson, editor of Catholic World Report, said Hendershott published at least three articles that may have gotten the Obama Administration’s antennae up. Hendershott, he said, “has suspicions, but not definitive proof, based on the nature of the inquiries, the timing, etc. However, as we learn more about how the IRS has pinpointed hundreds (nearly 500, at last count) of groups that can be generally described as ‘conservative’ in nature, those suspicions are understandable. That the IRS would be used in any way for political gain, leverage, or intimidation is very disturbing, regardless of one’s political or religious convictions.”

And Matt Smith, president of Catholic Advocate, commented, “Excellent academics like Dr. Hendershott should be free to pursue research and publication without fear of intimidation. Preventing persecution by the government for one’s thoughts was at the forefront of our Founding Fathers’ beliefs. We would appreciate the opportunity to comment further but our [Form 1024 Application for Recognition of Tax Exempt Status] has been pending for over a year.”