Why Did Judas Betray Christ? 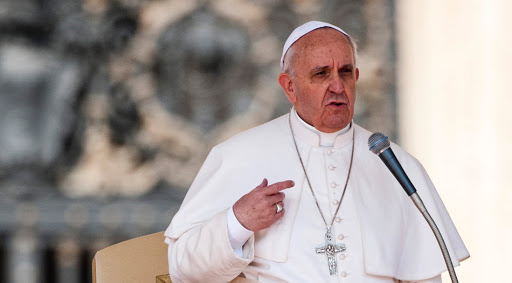 Evil turns out to be a rip-off

Christians who buy into Satan’s temptation to live selfishly get swindled, while those who live life as a “gift” to others are immersed in love and the Church community, Pope Francis said.
“And, we must say, with Satan the payback is rotten. He always rips us off, always!” the Pope emphasized as he contrasted the kind of selfish living that the devil promotes with the generous way of living Jesus exemplified.
“When a Christian begins to isolate himself, he also insulates his consciousness from the sense of community, from a sense of the Church, and from the love that Jesus gives us,” he explained. “Instead, the Christian who gives his life, what Jesus calls ‘lost,’ finds it and finds it in its fullness,” the Pope preached May 14 in his homily on John 15.
A group of employees from the Vatican Museums and some students of the Pontifical Portuguese College attended the 7:00 a.m. Mass in the chapel of St. Martha’s residence. The Pope concelebrated the Mass with the Colombian Archbishop of Medellín, Ricardo Antonio Restrepo Tobón.
The Holy Father explained that wanting to live just for oneself is like Judas, who “in the end loses” his life. “If we really want to follow Jesus, we must live life as a gift to give to others, not as a treasure to be preserved,” said Pope Francis.
The pontiff compared the path of Jesus to a path of love, while the way of Judas is one of selfishness. “Jesus tells us today strong words, ‘no one has a stronger love than this, to lay down his life,’” he said. “But today’s liturgy also shows us Judas, who had just the opposite attitude, and this is because he never understood the meaning of a gift,” he added.
Pope Francis noted that Judas was “off in his solitude” and that his “attitude of selfishness developed into the betrayal of Jesus.” He explained that the person who loves you gives his life as a gift, but the selfish person “grows in this selfishness and becomes a traitor, but always alone.”
“Those who give their life for love are never alone and are always in the community and in the family,” Pope Francis said. “On the other hand, he who isolates his conscience in selfishness, loses it in the end,” he stated.

Judas, the Pope pointed out, was “an idolater, attached to money. This idolatry led him to isolate himself from the community, this is the drama of isolated consciousness,” he said.

Pope Francis finished his homily by invoking the Holy Spirit, asking for “a heart able to love with humility and meekness.” He asked that the Holy Spirit “free us always” from “the way of selfishness, which eventually ends badly.”

(Originally published by Catholics News Agency on May 14th, 2013.)