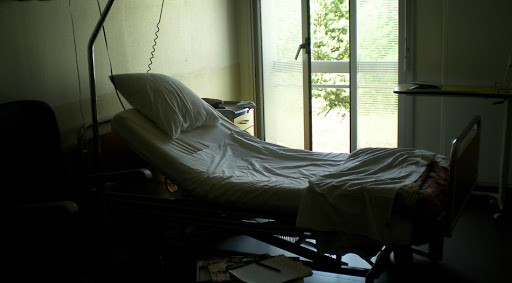 Does being blind really make life not worth living?

In 2002, Belgium became the second country in the world after its neighbour, The Netherlands, to
legalise euthanasia. Over the next decade our country has become a living laboratory for radical social change. With many other countries debating legalisation at the moment, now is a good moment to stand back and take a good long look at the results.
Belgium was governed by a coalition of Liberals and Social Democrats in 2002. The slightly more conservative Christian Democrats had been excluded. With blue as the colour of the Liberals and red of the left-leaning Social Democrats, the press dubbed it the Purple coalition.
The Christian Democrats took a dim view of euthanasia, but they were in opposition. The Purple coalition was free to pass an euthanasia law based on the view that an individual should always have a “free choice” to end his life. In absolutizing individual self-determination the left and the right found common ground.
The law states that doctors can help patients to die when they freely express a wish to die because they are suffering intractable and unbearable pain. The patient needs to consult a second independent doctor; for non-terminal illnesses an independent psychiatrist must approve. In practice, however, this independence is irrelevant. Belgium is a small country and compliant doctors are easy to find.
A string of recent cases leaves no doubt that the euthanasia law has fundamentally and drastically changed Belgian society. Last year 45-year-old deaf identical twin brothers who couldn’t bear the thought of going blind were granted euthanasia.Doctors granted their request because they “had nothing to live for” anyway.According to the doctor who gave the lethal injection it was not “such a big deal”.
In another case, a 44-year-old woman with chronic anorexia nervosa was euthanased. Then a 64-year-old woman suffering from chronic depression was euthanased without informing her relatives. The doctors defended their decisions by explaining that these extreme and exceptional cases were legitimate because all legal conditions were met.
Euthanasia is hardening from a medical option into an ideology. Belgium’s euthanasia doctors even believe they are being humane because they are liberating people from their misery. Fundamentalist humanists go further and describe euthanasia as the ultimate act of self-determination. The opinion of the patient’s family has no weight whatsoever. A doctor is entitled to give the mother of a family a lethal injection without offering any explanation to her children. Euthanasia is being promoted as a “beautiful” and positive way to die. Doctors are transplanting organs from patients who die in the operation. (This is said to make their lives meaningful.) The law may soon allow children and patients with dementia to be euthanased.
Since 2002 opponents of the law (like us) have been marginalised as rigid and heartless conservatives who feel ill at ease in a post-modern, pluralistic and progressive society like Belgium. (1) The Christian Democrats have repudiated their traditional values and support the law. Questioning it has become taboo because the absolute right of the individual might be violated.
There are still some significant critics, apart from the Catholic Church. The Belgian philosopher Herman De Dijn is an outspoken opponent. He describes Belgium as a “sentimentalist society” in which traditional values have been drastically minimized and replaced by subjective preferences. (2) A sentimentalist society no longer subscribes to ethical values other than those which are related to the search for individual happiness (autonomy and no-harm). Communal responsibilities and moral institutions are being discarded in the search for purely individual well-being; interdependence and connectedness are ignored.