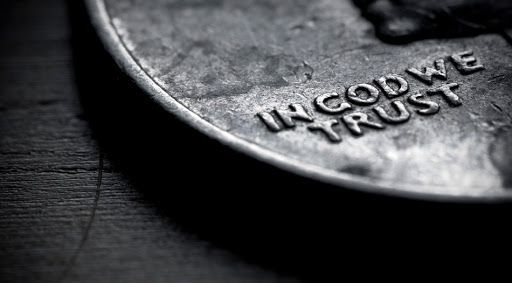 Greed and corruption have gone global

Pope Francis told the new ambassadors to the Holy See from Kyrgyzstan, Antigua and Barbuda, Luxembourg and Botswana to use money to serve and asked them to help reform the world economy along “ethical lines.”
“Money has to serve, not rule!” he said during a May 16 meeting with the new ambassadors of four countries who do not have a physical location for their embassy to the Holy See in Rome.

Pope Francis used the occasion to underscore that “wanting power and possession has become limitless” and “the selfish sprawling of corruption and tax evasion have gone global.”

“The Pope urges a return to the unselfish solidarity and ethics in favor of man in financial and economic reality,” he said during the 11:00 a.m. meeting in the Vatican’s Clementine Hall.
No official explanation was given of why Pope Francis chose to speak about economics with diplomats from such diverse parts of the world, but the four countries have all experienced the effects of the global financial crisis.
The Pope also stressed to the ambassadors that there is a need for financial reform “along ethical lines that would in its turn produce an economic reform to benefit everyone.”
That lesson is one that the people of Antigua and Barbuda know very well, since in 2009 Allen Sanford was accused of running an $8 billion Ponzi scheme from the country.
Pope Francis said he “loves everyone, rich and poor alike, but the Pope has the duty, in Christ's name, to remind the rich to help the poor, to respect them, to promote them.”
“This would require a courageous change of attitude on the part of political leaders,” he stated.
“I urge them to face this challenge with determination and farsightedness, taking account, naturally, of their particular situations,” he added.
The pontiff spoke about the dangers of the current economic crisis, noting it is “a new, invisible tyranny, sometimes virtual.”
“The joy of living is decreasing, indecency and violence are on the rise, and poverty is becoming more evident,” said Pope Francis.
“You must fight to live and often to live in a non-decent way,” he observed.
According to him, one of the causes of the situation lies in the relationship that people now have with money and “its dominion over us and our societies.”
“We have created new idols, the ancient worship the golden calf has found a new and ruthless image in fetishism of money and the dictatorship of the economy without purpose nor a truly human face,” said the Pope.
“It reduces man to one of its demands, consumption and even worse, the human being is today considered himself as a commodity that you can use and then throw away,” he remarked.
The Holy Father also warned that solidarity is often considered counterproductive and contrary to financial and economic logic.
“Financiers, economists and politicians consider God as manageable, even dangerous because it calls man to his full realization and independence from any kind of slavery,” said Pope Francis.
“While the income of a minority is growing exponentially, that of the majority weakens,” he said, pointing to the growing disparity between the rich and poor.
He believes this imbalance stems from “ideologies that promote the absolute autonomy of markets and financial speculation.”
The Pope asked the new ambassadors to assure their natives of his prayers and tell them of his “feelings of gratitude and respect.”
The new ambassadors are Bolot Iskovich Otunbaev of Kyrgyzstan, David Shoul of Antigua and Barbuda, Jean-Paul Senninger of Luxembourg, and Lameck Nthekela of Botsawana.

Originally published by Catholic News Agency on May 16th, 2013.