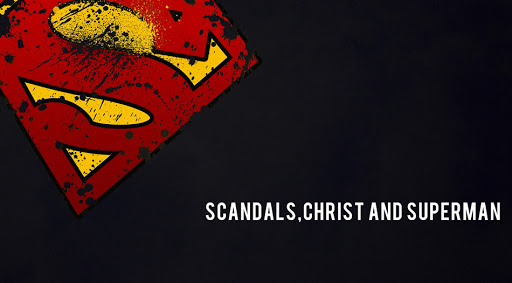 Jesus shows us how to love self-sacrificially

A federal tax agency uses its power to oppress and bully political opponents. Politicians use their power to invade the privacy of news reporters. The White House spins a terrorist attack into a protest about an internet video, and their opponents go on the attack. Why are we surprised? Perhaps because we have the idea that people should be honest and play fair; the notion that people should be altruistic, good, high-minded and self-sacrificial. We still think public servants should serve the public.

Is this realistic, and where did we get such ideas in the first place? Let’s go back to basics: nature is red in tooth and claw. The default setting is the jungle: the strong survive; the rich get richer; the powerful become more powerful; the poor get poorer; the vulnerable are dominated; and the sick, old, and weak die out.

If this is the law of nature, why do we experience surprise and dismay when politicians cheat and lie? Why do we protest and express our outrage when big business oppresses the poor, when greedy men grab more, when tyrants rage and wars are waged? Why are we surprised and upset?

We are scandalized because the world has been turned upside down by Jesus Christ and his gospel. Before the coming of Christ, the world turned according to the law of the jungle: the rich and powerful prevailed; those who cheated and schemed came out on top; there was some altruism, but it was only directed towards members of one’s family or tribe. The highest concept of personal virtue in the ancient world was Stoicism, which consisted of conforming one’s will and actions to reality. In other words, “Shut up and suck it up and you will be as happy as possible.” What was absent was the radical concept of self-sacrificing love.

It is this dynamic new virtue so characteristic of the first Christians that revolutionized the Roman world and captivated the heart of the world. The Roman Empire was conquered not so much by barbarians, but by Christians. Romans saw the self-sacrificing love enacted in the lives of the Christians and their communities, and this new virtue swept away the law of the jungle that had prevailed and established a new foundation not only for personal virtue, but for a new kind of society.

Why the history lesson? Because for two thousand years, this same ideal of self-immolating service has been at the foundation of Western civilization. This ideal is hard wired into our understanding of self and our understanding of society. This is why we are upset at dishonesty in government, corruption in the financial system, scandals in politics, and cheating in business. “It shouldn’t be like that!” we cry. “It’s a scandal and an outrage!” we bleat. We do so because, even when we are unaware of it, Christ’s revolutionary ideal of selfless service exists like a heartbeat within our society.

The philosopher Nietzsche understood the radical nature of the Christian revolution and despised it. He understood that Christ brought into the world not only the idea of self-sacrificing service, but also the idea that the poor and the weak of the world should be exalted and served by the powerful and rich. Nietzsche rejected these concepts and argued that God was dead, the afterlife was a dangerous fiction and therefore the will to power was supreme and that the human “superman” should prevail.