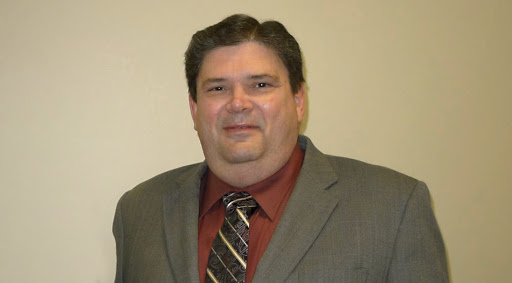 Last week, a whistleblower contacted Aleteia with information about the discrepancies in Catholic evangelist Russell Ford’s story.  This person presented substantial evidence about the conflicting accounts Ford and his representatives have given about his legal status and supposed exoneration.

The question became whether we would investigate.

Aleteia’s principal concern is showing how the world and all that is in it belongs to God.  The world reverberates with the creative word that brought it into being: the Word made flesh, Jesus Christ.  It resonates with Jesus’s call to “follow me.”  Together, we listen to that call and try to discern where it leads.  It’s a song that we hear; a beauty we seek; a truth, by God’s grace, we try to live.  It’s each person’s quest for fulfillment in God’s image.

What does that have to do with investigating possible fraud and corruption?

The truth isn't always nice, though, as Jesus recognized when he called his opponents "white-washed tombs."  As we recognize when we see Jesus on the cross, where we put him.

In the spring of 2000 I was at the Vatican, interviewing then-Monsignor Georges Cottier, theologian to the Papal Household.  John Paul II had just led the Church in the “Day of Pardon” on Ash Wednesday, in which the great pope called the entire Church to ask forgiveness for the sins of her sons and daughters.   These included the conversion of nations at the point of a sword, the Inquisition, the trial of Galileo, the Borgia popes – the litany of offenses known to every scoffer and honest Catholic alike.

I asked Cottier how the Day of Pardon had come about.

“John Paul,” he said.  Many in the curia were against it, but John Paul insisted.  “The pope believes,” he said, “that if you are going to travel the world telling people what the truth is, you’d better be willing to tell the truth about yourself.”  As the seemingly never-ending pedophilia scandal has revealed, the sons and daughters of the Catholic Church have often been incredibly bad at this.

Time for that to stop.

Church history in the past twenty years might have been substantially different if the Catholic press had been the first to report the pedophilia scandal and relentlessly expose its devastating consequences.  Instead, we entrusted this office to the Boston Globe and other secular sources by our own omission.  Or, in a minor way, to Catholic publications that have abandoned the core of Catholic teaching.  To those, in other words, who do not love the Church and are either indifferent to the Church’s fate or rejoice in her downfall.

The Church is the body of Christ.  Those who care for her, those who love her, ought to be the ones most concerned that the sins of her sons and daughters do not obscure her essential character as holy.

The Church badly needs an independent press.  Aleteia wants to join others in this task: to tell the truth about the world, as God has revealed it, and to uncover the sad reality about how we fail our God and obscure the brightness of his glory.

Aleteia only has the resources to do a limited amount of investigative journalism.  So far, in our brief history, we have investigated the kidnapping of Father Kayal, a Syrian priest who remains missing; and the Russell Ford story, as it stands today.  Two exceptionally different cases – the one heroic, the other tragic.

We were proud of speaking up on behalf of Father Kayal.  We take no joy in exposing Russell Ford’s misstatements and the reasons to doubt his qualifications for ministry.

I hope Russell Ford is innocent of the crime of which he was convicted.  Over nearly a 30-year period I worked, intermittently, with Charles Colson.  One of the things I always valued about writing books with Chuck was that our work contributed to the welfare of prisoners.  I met and grew to admire many, both in the United States and abroad.   I’ve seen unbelievably scary people turn around and become saints.

As a general principle, I root for this world’s Russell Fords.  But looking at the facts as they appear today, I believe that his story just doesn’t add up.  Mark Gordon, with the help of John Burger, has done a brilliant piece of reporting in detailing why.

Investigating possible fraud and corruption will never be the dominant note of Aleteia.  We will, however, deploy what resources we have when we feel it’s important, to the degree to which we are able.

So, I make this offer to our readers.  Here’s my email address: haroldfickett@aleteia.org

If you don’t like your priest or DRE for one reason or another, or doubt the orthodoxy of your bishop, I don’t want to hear from you.  Gossip is not my business.  Your bishop's orthodoxy is primarily the pope’s concern.

But if you have hard evidence of fraud and corruption and criminal activity engaged in or covered up by Church officials or Catholic apostolates, I do want to hear from you.

Even more, if you know of persecution against Catholics and other Christians around the world, as in the case of Father Kayal, I want to hear from you.   We will do what we can to speak for those who do not have a voice.

Welcome to an independent press that seeks to be faithful to Catholic teaching.


Harold Fickett is the editor of Aleteia’s English language editions