Should Pro-Lifers Be Anti-Death? 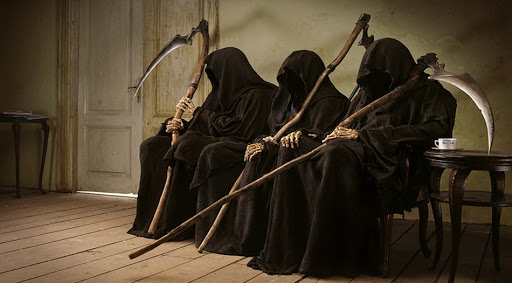 With the conviction of infanticidal abortionist Kermit Gosnell, the question arose of whether he ought to face capital punishment – as any three-time murderer in Pennsylvania might. (As it turned out, he struck a deal for life in prison.) An academic hero to pro-lifers and defenders of marriage, Princeton’s Prof. Robert George, wrote a moving cry for mercy, urging defenders of unborn life to rally against the use of capital punishment even in such a case. I wrote my own piece in answer, arguing that sometimes justice and genuine mercy demand the hangman. If this issue concerns you, I suggest you look at the exchange, which includes extensive discussion of whether Pope Bl. John Paul II’s new perspective on the proper use of capital punishment is binding Church teaching, or simply his prudential judgment.

Since St. Paul wrote, Catholics have accepted that the state has the right to exercise the death penalty. Indeed, the Old Testament is full of crimes for which scripture accepts nothing less. Traditionally, there were two reasons offered for why capital punishment can be appropriate. Both appear in the writings of St. Thomas Aquinas, and each was cited by the Catechism of the Council of Trent—and by subsequent popes up through Pius XII.

2) To serve justice, with punishments befitting the crimes.


Both rationales appeared in the first edition of the new Catechism of the Catholic Church. But when Bl. John Paul II issued Evangelium Vitæ, he revised the Catechism to eliminate the second reason, and only allow for capital punishment in cases where no other means existed to keep society safe. I won’t here rehearse the debate over how binding on conscience this innovation was; faithful Catholics differ. It was certainly influential. It has practically become a point of faith among some pro-lifers that we must oppose the death penalty except as an absolute last resort. I would like to examine the range of possible arguments underpinning this position, and see which ones hold up.


This one has emotional force, but little logic. If this statement is true, then pro-lifers must become absolute pacifists, and even renounce the use of force in personal self-defense. Few except the Amish and perhaps some Catholic Workers will pay such a price. I wouldn’t, and neither should you.


Lots of problems here. For one, the elimination of the death penalty in Western societies tracks almost perfectly, on a timeline, with their legalization of abortion. Even as we began to spare the guilty, we started to target the innocent. It’s hard to see a trend toward greater human dignity there. Instead, it seems our notion of justice (punish the guilty and spare the innocent) began to decay. It was replaced by a crude utilitarianism: we don’t really need to execute anyone to stay safe, but those fetuses are really getting in the way.


This is not a moral but a tactical argument, and it deserves a careful look. Even those who support the use of capital punishment in service of justice recognize that abortion and euthanasia are much more important issues. As I have said to pro-choice liberals who yelled “hypocrisy” at pro-death penalty pro-lifers: “Fine, let’s make a deal. I’ll give up capital punishment if you give up abortion. If you’ll stop killing the innocent, we’ll stop killing the guilty.” No one ever takes the deal, because for most pro-choicers abortion is not about death; it’s all about sex. Abortion is the penicillin that cures a nasty STD called pregnancy, full stop. People who don’t care about their own unborn children will not be swayed by our tenderness for murderers.