The Identity Cards of the Last Two Popes 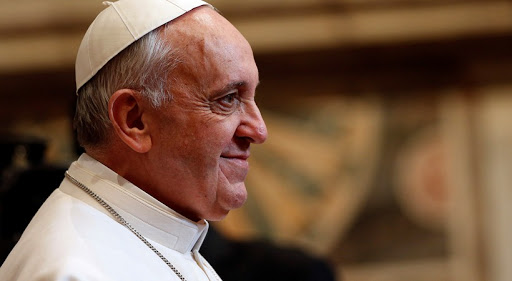 Pope Francis continues to break custom, this time with the Annuario Pontificio

With a delay of two months with respect to the traditional timetable, the 2013 edition has finally been published of the Annuario Pontificio, the voluminous publication that constitutes a sort of who's who of the Holy See and of the whole Catholic Church, at least in its hierarchical component.

This delay with respect to the canonical timing is without a doubt due to the unexpected resignation of Benedict XVI, announced on February 11, and to the subsequent conclave that saw the election of the new pope on March 13.

Last year, in fact, as is the tradition, Benedict XVI received a preview of the 2012 edition of the Annuario on March 10. While this year, Pope Francis had it in his hands only on March 13.

Apart from the timing, the new Annuario is not lacking in those surprises which characterize the current pontificate.

The main one concerns precisely the title with which Pope Francis has chosen to define himself.

From the beginning of the pontificate, he has chosen to call himself almost exclusively “bishop of Rome.” And this preference has been fully reflected in the initial part of the new Annuario, the pages of which, as usual, are numbered with figures followed by an asterisk and include the historical list of popes and the composition of the college of cardinals.

On page 23 of the last edition, Benedict XVI was indicated not only as “bishop of Rome," but also as “Vicar of Jesus Christ, Successor of the Prince of the Apostles, Supreme Pontiff of the Universal Church, Primate of Italy, Archbishop and metropolitan of the Roman province, Sovereign of Vatican City-State, Servant of the Servants of God.”

This year, however, on the same page is found only the wording, on two lines, "Francis / bishop of Rome," while all of the other titles, together with the usual brief biographical notes, are on the following page, 24, which in 2012 was left blank.

The new pope has therefore not given up any of the classical titles that belong to him, but has wanted to put them visibly in second place.

And at the same time, he has not wished to reintroduce for himself the title of “patriarch of the West” that pope Joseph Ratzinger had already eliminated at the beginning of his pontificate, provoking discontent in Orthodoxy, seeing that it is precisely the title that the Orientals are disposed to concede to the bishop of Rome.

This year, moreover, on the opposite side of the page with the coat of arms of the reigning pope are not depicted, as was done before, the two sides of the official medal of the pontificate.

Furthermore, beneath the photo-portrait of the pontiff is now his signature with only the name “Francesco” in Italian, while with pope Ratzinger the signature was in Latin and with the specifically papal title: “Benedictus PP XVI".

There was also the curiosity of seeing what treatment would be given to the figure, unprecedented for the Annuario, of a pontiff who has resigned the position. The answer is found right at the beginning of the main body of the Annuario, on page 1, where Benedict XVI is called “supreme pontiff emeritus.”

This makes official the term equivalent to “pope emeritus” that had already been used in the telegram from the college of cardinals of March 5 and in the statement from the press office of May 2 in which the news was given of the reentry of Ratzinger into the Vatican.

And this in spite of the fact that an effort was made on various sides to demonstrate the greater congruity of the use of the title of “bishop emeritus of Rome,” if for no other reason than to avoid the impression that there could be “two popes” in the Church, with the resulting disorientation of the faithful.

One of the contributions in this direction, among others, was a scholarly article in “La Civiltà Cattolica" by Jesuit Fr. Gianfranco Ghirlanda, an illustrious canonist, advisor to the former Holy Office, and former rector of the Pontifical Gregorian University.

More recently this was done in a more direct way, with a letter to “Corriere della Sera," by Fr. Dario Vitali, a professor of ecclesiology – but not a Jesuit – also at the Gregorian.

These are the two main innovations of the new Annuario Pontificio, to which must be added another that leaps to the attention immediately in leafing through it.

This is the restructuring of the part dedicated in recent years to the hierarchies of the “patriarchal Churches,” which now has been subdivided into multiple sections:

– the major archepiscopal Churches: Kyiv-Halyc of the Ukrainians, Ernakulam-Angamaly of the Syro-Malabars, Trivandrum of the Syro-Malankars, Fagaras and Alba Iulia of the Romanians;

– the metropolitan Churches "sui iuris": Addis Ababa, Pittsburgh of the Byzantines, Presov for the Byzantine rite-Catholics in Slovakia;

– the Latin patriarchates: Jerusalem, Lisbon, Venice, East Indies, West Indies, this last based in Spain, but vacant for half a century.

It is specified in the text that the Annuario is up to date as of March 13, 2013 for the initial part concerning the pope and the college of cardinals, and as of February 28 for the rest, which includes mainly the list of dioceses and the diagram of the Roman curia and of the other central agencies of the Church.

There is therefore no reference to the group of eight cardinals set up by Pope Francis last April 13 to “advise him in the governance of the universal Church and to study a project for the revision of the apostolic constitution 'Pastor Bonus' on the Roman curia."

But the fact that not even the first update of the “Variazioni all’Annuario Pontificio 2013," edited by the secretariat of state and published on May 16, makes reference to the constitution of this “group” could lead one to think that this institution remains so informal as not to find a place even in the next Annuario. One will see.

Other minor variations in the Annuario Pontificio 2013, with respect to that of 2012, are the following:

– In the first section of the secretariat of state the names of two "experts" have been inserted: Greg Burke, "communications advisor," whose appointment was announced verbally by Fr. Federico Lombardi in June of 2012 at the height of the Vatileaks scandal, and Maria Anna Circelli, a business advisor specializing in personnel management and nonprofits, whose appointment has never been announced publicly.

– Also remaining in the secretariat of state, with the same title of “analyst programmer 1st class," is Claudio Sciarpelletti, sentenced in the first degree and pardoned last year by the Vatican tribunal for aiding and abetting the disloyal butler Paolo Gabriele, whose own name has been expunged from the role of "aide de chambre" to the pope and replaced with that of Sir Sandro Mariotti.

– Among the advisors to the congregation "de Propaganda Fide" is no longer Pasquale De Lise, the former president of the Italian state council involved in judicial investigations with strong media impact. His second five-year mandate expired in 2012, and evidently has not been renewed.

– Gone from the Annuario is the interdicasterial permanent commission for a more equal distribution of priests in the world. It had been instituted in 1991. Also eliminated are the "Vatican Information Centre" and the pontifical commission for cultural heritage.

– On the contrary, more complete than previously are the organizational charts of the Financial Information Authority and of the pontifical council for the promotion of the new evangelization. There is also more detail in the organizational chart of the services of security and civil protection of Vatican City-State, with the specification of the existence of an Interpol office and of an operational security center, complete with operations room and technical laboratory. But for each of these last offices the position of director is presented as still vacant.

As for China, special rules have been adopted in the 2013 Annuario Pontificio as well.

As a rule, the Annuario does not contain the names of Chinese bishops, the overwhelming majority of whom are recognized by the Holy See, even if not rarely under titles different from those authorized by the government.

The bishops of the Celestial Empire are cited only to record their deaths.

And in fact the list of “deceased dignitaries” that is found in the 2013 Annuario includes the names of five Chinese bishops. These are the three who died in 2012:

And the two who died during the first two months of 2013:

– the bishop emeritus of Yichuan, the nearly centenarian John Baptist Liu Jingshan, consecrated in 1993,
– the bishop of Zhoucon, Joseph Ma Xuesheng, 90, consecrated as coadjutor in 1988 and made an ordinary in 1997.

The list does not include, however, the names of two bishops who passed away subsequently, as reported both by the agency Fides and by "L'Osservatore Romano" under the heading "Lutti nell'episcopato":