The West Lost God Through the Demise of the Family, Argues New Book 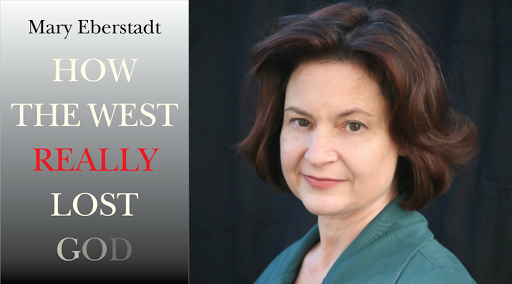 Scholar Mary Eberstadt says most theories of secularization do not take into account the role of the family in religious practice, noting how its demise is critically linked to an increasingly secular West.
“The reasons commonly offered for secularization don’t hold up when you scrutinize them,” Eberstadt, a senior fellow at the Ethics and Public Policy Center in Washington, D.C., told CNA May 23.
“This means that modern secular sociology has gotten a pretty big thing wrong, and it’s gotten it wrong because it’s ignored the role of the family and what motivates people to go to church.”
She noted that “the conventional story line” often assumes secularization is a natural effect of a variety of forces such as modernization, the industrial revolution, education, and material wealth.
While these forces are important, Eberstadt conceded, none of them, by themselves can explain the secularization of Western society.
She pointed to examples made in her recent book, “How the West Really Lost God,” which notes that despite the predictions of many proponents and scholars of secularizations, religion is more prominent among the educated and wealthy. This seemingly disproves, she noted, those who claim religion is mere superstition or comfort for the struggling.
Her book – released April 24 by Templeton Press – also shows how following the industrial revolution, these two groups have been able to maintain the ability to retain family ties in ways that those who are less educated and facing financial misfortunes have not been able to.
“When we see secularization, we’re seeing something other than the fact that people got richer or the fact that people got more educated,” Eberstadt emphasized.
Instead, she aims to “forth an alternative theory:” that the “family has been a hidden and critical player all along” in both the success and decline of religious observance.
“In times of family decline, you see a religious decline; in times of family prosperity you see religious prosperity,” Eberstadt said of her research, adding that “the fracturing of the modern family and the atomization of the modern family have a lot to do with the secularization of society.”
To those wishing to reverse the trends of secularization, she emphasized “the first thing we need to do is understand what exactly is going on,” she said
“It’s not a hopeless situation,” Eberstadt stressed, adding that secularization is not an inevitable effect of modernization, as many claim.
She suggested that those wishing to challenge the trend of declining religious observance look at “what makes it easier to have families,” noting in particular ways of supporting young families in times of need, such as “pro-bono marital counseling,” and increased child support within communities.
Eberstadt also stressed that “religious believers benefit society,” and that attempts to marginalize and stigmatize religious practice are “shortsighted.
“People who have a creed that tells them to take care of poor and sick people are more likely to do that,” Eberstadt said, noting sociological trends such as a “charity gap” between religious and nonreligious persons, as well as “very little private donation” in irreligious countries.
“Religious practice helps everybody in the public,” she stated. “These are people who are actually giving back in the public square a meaningful way.”

Originally published by Catholic News Agency on May 24th, 2013.