More Mothers as Primary Breadwinners Signals Breakdown of the Family 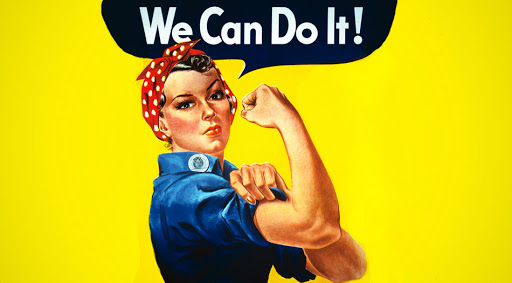 A new study just released from the Pew Research Center shows that more mothers than ever before are the primary or sole breadwinners of their households.

Based on data from the U.S. Census Bureau, the study showed:
– 40% of all US households with children rely on the mother as the primary or sole breadwinner, up from 11% in 1960
– Of those households, 63% are single mothers
– Single mother households now make up a quarter of all households with children
– The employment rate of married mothers with children has jumped from 37 percent in 1968 to 65 percent in 2011
– 74% said the increasing number of women working for pay had made it more difficult for parents to raise children
– About half said it made it harder for marriages to succeed

Is this shift overall a good thing or a bad thing? What factors explain the shift? And what does this mean for the future of the American family? We asked our Aleteia Experts to weigh in.

"What we see in numbers like these is further evidence of a slow motion social catastrophe," Catholic writer Russell Shaw told Aleteia. "The collapse of marriage and family life–that's been unfolding for years."

Joseph Pearce, professor at Thomas More College of Liberal Arts, also interpreted the study negatively. "This shift is detrimental to the overall happiness of human society because it represents a shift from matriarchy to anarchy," Pearce said. "In traditional human societies the role of motherhood is at the very heart and centre of life. The role of the mother in forming future generations through her love and parenting skills was absolutely essential to human health and happiness."

Pearce says children are hurt the most by this shift. "Today, children are neglected as their mothers are increasingly preoccupied with their lives outside the family. This neglect deprives children of the love and nurturing that they need. It is a form of child abuse, the harming of children through neglect, a sin of omission which leaves children as the unacknowledged victims of their parents' obsession with consumerism and materialism."

Shaw agrees children are hurt by these changes. "Over and over again, the impact on children in these homes is disastrous, and it's a disaster with dreadful consequences for the rest of us, too."

Author John Zmirak sees in the results of the study further evidence of cultural misogynism. "This trend is catastrophic. It amounts to an unrelenting assault on women, and what most of them treasure most deeply–their power to nurture and mold, protect and creatively foster, new human life."

"Our society has told women they are simply defective men, with irritating defects like fertility and maternal instincts, which medicine and therapy can remedy so they can take their rightful place as full human beings in cubicles working for strangers."

The shift is also detrimental to men, Zmirak says: "Men, in turn, are emasculated and deprived of what men need most–something sacred for which they can sacrifice their short-term self-interest, and thus develop virtue."

He blames misguided feminists and a backfiring of civil rights legislation: "Second wave feminism (de Beauvoir) and its American variant (Friedan and Steinem) amounted to a Cartesian, utilitarian attack on what is essentially feminine. Instead of love, sacrifice, loyalty and care, women were taught to value power, money, and promiscuity."

"The State didn't help by outlawing the family wage (a side-effect of the Civil Rights Act), making it illegal for employers to pay men more whose wives stayed home with kids."

Zmirak is hopeful, but thinks pain will come before change. "I think human nature will reassert itself and this trend will be reversed, unless the State intervenes to freeze it into place through regulations and subsidies," Zmirak said. "But the next generation of women and their kids will go through Hell first."

Shaw lays blame across the political spectrum. "Neither government nor the private sector, not conservatives or liberals, seem willing or able to do anything serious about this frightening continuing escalation in what is arguably the most serious crisis America faces."

"Will we wake up before it's too late? " Shaw asked. "Frankly, I begin to doubt it."

Joseph Pearce is Writer-in-Residence and Professor of Humanities at Thomas More College of Liberal Arts.

Russell Shaw is a freelance writer from Washington, D.C.