Please Don’t Pair Immigration Reform with the Culture of Death 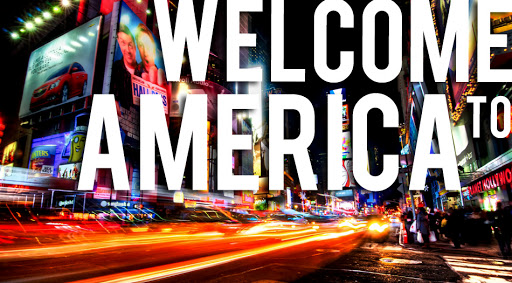 It was a happyfest the other night at St. Rose of Lima Church in New Haven, Conn. As a big comfy bus with a pro-immigrant message on the side waited under rainy skies, 200 or so people prayed in the basement hall. They sang and cheered as religious sisters, local politicians and immigrant parishioners spoke of the need to “welcome the alien,” as the Bible tells us to, and recognize that most immigrants are good, hardworking folks who just want the best for their families.

That’s true. It’s not the immigrants we should be worried about, it’s the society into which they are being welcomed.

The event was a pre-kickoff blessing/rally for the Nuns on the Bus 2013 cross-country tour. NOTB is organized by Network, a Washington, D.C.-based Catholic social justice lobby that took the same bus west last year. That time, it was to drum up opposition to Rep. Paul Ryan’s vision of the federal budget.

According to its website, Network’s mission “is to be a Catholic leader in the global movement for justice and peace — that educates, organizes and lobbies for economic and social transformation.” The issues it focuses on are “peacemaking, housing, poverty, federal budget priorities, trade and hunger.”

There’s no mention there of life and family issues, such as abortion and gay marriage, so there was no problem inviting U.S. Rep. Rosa DeLauro to address the blessing ceremony. She’s a sure vote for an immigration reform bill that would, in her words, include a “broad path to citizenship” for the 11 million people now living and working in this country illegally.

She’s also a reliable vote against anything that would even hint of any restrictions on the practice of abortion. The New Haven Democrat has a 100% pro-abortion voting rating from the National Right to Life Committee, which cites her support for, among other things, continued taxpayer funding of Planned Parenthood.

And yet, DeLauro received several strong ovations throughout the evening from the Nuns on the Bus gathering, which was made up mostly of religious sisters. Other sisters who emceed the proceedings or spoke at the podium embraced her like an old friend.

Sister Simone Campbell, director of Network, told me afterwards that Network had issued a blanket invitation for clergy and congressional representatives from every area where the bus was scheduled to stop as it makes its way across the American South and onwards to San Francisco. And no doubt, her organization and other Catholic agencies trying to help the poor need to cultivate relationships with legislators who can support social programs that assist their clients: the poor, the unemployed, the marginalized.

But consider the irony. DeLauro boasted of 16 years of Catholic education and effusively thanked the Nuns on the Bus and activist sisters in general for “bringing home our religious views and our morals and our responsibilities.” She spoke of the “great honor” she had of being part of the Congressional delegation to the inaugural Mass of Pope Francis. “Our new pope…has started by talking about the vital importance of helping the poor, the sick and the marginalized,” she told the gathering. “This is the vision and the calling of our faith…that our Catholic sisters have always embraced and never deviated, never moved off of that central mission. They have dedicated their lives to God by serving God’s people, especially those who are most in need. They have pushed for compassionate public policies that reflect our morality and uphold our responsibilities to the poor, the infirm and the most vulnerable and the least fortunate.”

Her homily went on: “New arrivals to these shores have always been the backbone of this nation, revitalizing its values and its ideals…. And we need to live up to this legacy and to the words of Matthew 25, ‘For I was a stranger, and you took me in.’”

Rosa even managed to get a few laughs. Admiring the mural tacked up behind her with the name of the parish’s patron saint in the language of today’s parishioners, “Santa Rosa de Lima,” she quipped, “No one ever talks about Santa Rosa.”

Like all good politicians, she speaks the language of her audience: our religious views and our morals and our responsibilities, our new pope, vital importance of helping the poor, the vision and the calling of our faith, serving God’s people, compassionate public policies that reflect our morality and uphold our responsibilities to the poor, revitalizing values.

At the center of today’s immigration debate are 11 million or so people who have come to America without a visa that would allow them to stay and work. And most are Mexican or Latin American and therefore have the same religious affiliation as Rosa DeLauro. She wants Congress and President Obama to give them a “broad path to citizenship.” She wants to repair a “broken” immigration system that keeps workers “in the shadows of our society.”

And she wants them to be full and active members of a society that, thanks in part to her and Obama and too many others, condones “values” that are antithetical to the principles they have grown up with. I’m not sure she thinks about or cares about how these families will have to figure out how to live Catholic lives in a country that increasingly makes it difficult for people to do so. She would have immigrants come to a country where their children will be exposed to a highly sexualized mass media and schools that teach tolerance of alternative lifestyles as one of the highest virtues, where their sons and daughters can easily obtain contraceptives in school and their daughters can easily have an unexpected pregnancy taken care of at Planned Parenthood, without the knowledge of their parents.

“We have always been a nation of immigrants,” DeLauro said at the NOTB rally. And that’s true. She and most of us have good reason to be thankful that our forebears struck out for a better life in the New World. DeLauro spoke of an Italian father who left school in the 7th grade because he couldn’t read or write the English language, who nevertheless served in the Army and later got involved in local politics. “American immigrants work hard for decades to join the middle class and to give their kids a better opportunity,” his daughter said. “That is the American way and that is what it’s about. Every generation hopes and prays and works so that their kids will have a better life. That’s what today’s immigrants want, a better life for their families.”

But there’s more to the story. What happened to the Italian immigrants and their families who used to fill the pews at St. Rose’s and St. Donato’s? What happened to the Irish Catholic immigrants and their families who did likewise at St. Mary’s, where Father Michael McGivney founded the Knights of Columbus—for immigrant families? They did work hard and they did manage to attain that middle class that DeLauro spoke of.

And, perhaps, they got comfortable. The first generation to be born here grew up and had families of their own—not quite so large as the ones they grew up in. And the next generation had even fewer children, and they started drifting away from the Church and her maternal guidance.

And so, many Catholic school buildings are empty today, and the nuns who used to teach the hordes of children have found a new gig. The German parish of St. Boniface is being leased to a Baptist church, while the Irish parishes of St. Brendan’s and St. Aedan’s, like many others, have had to merge in order to survive.

And here we are again, with new immigrants having a hard time being accepted. In a way, we can’t blame them for sympathizing with those in power who extend a welcoming hand. The Catholic vote went Obama’s way in 2012, largely because of Hispanic Catholic citizens who felt he was their best hope for regularizing the limbo situation in which so many of their Hispanic brothers and sisters live. Let’s hope that doesn’t lead them to follow Obama’s other values.

Our nation could use the help of Hispanic Catholics in rebuilding a culture of life. We who have become comfortable Catholics could benefit from their reminding us of the reasons immigrants came here in the past—including the fact that we have a Constitution that guarantees religious freedom.

And they could use the help of the Church in affirming their innate Catholic values. They are settling in a country that is much more dangerous than the one to which our forebears came.