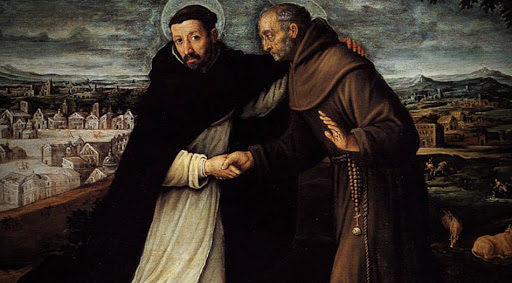 The path to holiness is simple – so what’s holding us back?

Living in a time zone ten hours earlier than the one Pope Francis lives in allows me the luxury of reading his homily for the day at the Vatican news site before I’ve even brushed my teeth. One thing I and just about everyone else have noticed is that the pope is the soul of simplicity. I appreciate this. No one is going to accuse this pope of being obscure.

A constant theme of Francis is the call to holiness. This appears to be his primary game plan for the Church: become the saints that God wants us to be.

I have to admit I was hoping for something more dramatic – something that involved the “other guy” more than me. Isn’t that the way of our human nature, though? We are always looking to clean up our neighbor’s act before our own. Try as I might, I can’t think of a successful spiritual renewal that came about without an increase in sanctity.

With his homespun phrases, Pope Francis makes it sound simple to be holy. And it is really. St. Augustine summed it up in one sentence: love God and do what you will. But we all know that simple and easy are not synonyms. However, we can be encouraged by the fact that advancing in holiness brings with it the ease associated with habitual virtue.

Spiritual masters advise us that the early stages of growth in holiness resemble a pitched battle with our adversaries the world, the flesh, and the devil. Since our supply line is the Holy Spirit of God, it should be no contest, but we humans have a way of snatching defeat out of the jaws of victory. Our Lady at Fatima showed the little seers some of these defeated souls.
We know that no one gets to Heaven without becoming a saint, but how serious are we about the undertaking?
Many of the saints say that one measure is whether or not we seek spiritual direction. If we aren’t, the answer to the above question might be: “not very.” However, if we do consider ourselves serious, but aren’t seeking direction, then why not? Typically there are several reasons.
Perhaps we do not think we are “worth it.” The idea of taking up the precious time of a busy priest or other director for our own benefit just seems too much to ask. Perhaps we are the kind of person who does not like to stop and ask for directions. We know the Faith backwards and forwards, what’s to ask?
Perhaps we meet ourselves coming and going, such is the frenetic pace of our lives. There is simply no time left in the day. Perhaps we’ve approached someone for spiritual direction and have had difficulty getting an appointment. We gave up after a few rounds of phone tag.
Obviously, none of these is a legitimate excuse, but let’s face it – the wages of original sin are real and we are its first victims. And I’m sure it makes the Devil hopping mad when we finally start to recognize that knowing and doing God’s Will requires discernment and accountability, neither of which we are very good at on our own. Certainly Satan tries his best to nix our effort.
What about confession?  Many people are disappointed that they receive little or no spiritual direction during confession while those waiting in line are relieved that this is the case. Spiritual direction and confession are two distinct entities. While one’s confessor can also be one’s spiritual director, we should not expect to receive both during the precious time set aside for the public to receive the sacrament.
Once we’ve decided that we really do want to become saints, ignorance of how to obtain a spiritual director and what to expect from that relationship is a common barrier. I’ve recently come across a little book that breaks through that barrier in a simple but compelling way.
In Navigating the Interior Life: Spiritual Direction and the Journey to God, (written with Fr. John Bartunke, LC, STL), Daniel Burke (a convert and executive director of the National Catholic Register) set out to write the book he was hoping to find when he was looking for an easily understandable primer on the subject. If you’ve never had a director and aren’t sure where to begin, Burke’s book is a great place to start. I highly recommend it even if you have already experienced spiritual direction.
Pope Francis knows what the Church and the world need most – saints. He recently tweeted, “Do not be content to live a mediocre Christian life: walk with determination along the path of holiness.”  We are justifiably alarmed by the rate at which evil seems to be triumphing in our day but we should remember “Abraham’s ratio” – ten holy men were all it took to spare two cities.

Originally published by The Catholic Thing on May 30th, 2013. Reprinted with permission.