It’s a Free Country – but Free for What? 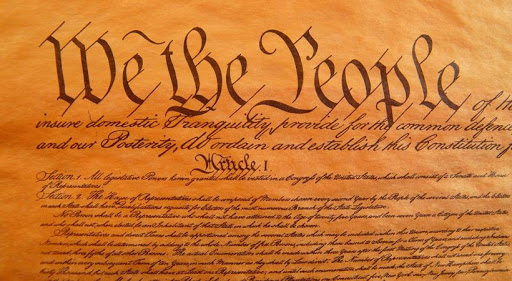 Does not being a sociopath make you a “good enough” person?

As Americans, we know that we shouldn’t violate other people’s rights. These include – as our Founding Fathers noticed – life, liberty, and the pursuit of happiness. As Leo XIII taught in Rerum Novarum, “private property” needs to be on that sacred list. You don’t need a papal pronouncement to know that, of course; any Econ 101 class explains the “tragedy of the commons”: the fact that things which nobody owns tend to get worn out, neglected, wasted, or hunted to extinction. Certain good things can’t be owned – like the air and the oceans – so those goods must be protected by the government. And morally, we can’t abuse those good things, either. So take those mercury-tainted, environmentally “friendly” corkscrew light bulbs out of your trash and bring them back to Home Depot for recycling.

As Peggy Lee’s wrist-slashing ballad asked, “Is that all there is?” Does respecting other people’s rights and honoring common goods exhaust the list of what we can know by reason alone (the natural law) about the moral life? If only.

Life would be much easier if the libertines were right, and the phrase “she was a consenting adult” really served as a “Get Out of Jail Free” card.  But let’s test out that assertion using what political philosophers love more than Jesus or tenure – a ludicrous hypothetical:

Imagine a small country in Central Asia – call it Soregonadistan – where prospectors discovered an otherwise rare and extremely precious metal, contrafactium. The country sells the right to mine contrafactium to the U.K.-based Leviathan, LLP., which duly pays the country $100,000 per year for every native, and contracts that it will do so for at least the next 70 years. The once-impoverished citizens of this camel-blighted republic vote in a populist government, which declares that it will divvy up the money every year among the people. And how do the citizens decide to spend it? They legalize heroin, and contract with their southern neighbor, Lotusland, for a cornucopian supply of its precious poppies. Then the Soregonadis hire Lotuslanders as servants to make them dinner and keep them healthy, while each Soregonadi enjoys a lifetime of opiate ecstasy. No one is coerced into taking the stuff, but that blissed-out look on people’s faces proves mighty contagious – and soon 90% of the adult population consists of opium eaters. (What kids they still manage to have are farmed out to dutiful, sober nannies from Lotusland.)

Now from what I read, the high from opium is one of the most exquisite experiences on earth. The chemical latches onto the mightiest pleasure centers in the brain – and if you get a pure supply delivered through sterile needles, it need not shorten your life unduly. So if the Soregonadis are paying for the drug with their own money, and making sure that they don’t violate anyone’s rights, what is exactly is wrong with the choices they’ve made?  Post-Christian liberalism has no persuasive answer. The brilliant Fr. Dwight Longenecker once summed up the modern outlook on life as “utilitarian hedonism” – the consistent pursuit of the largest number of chipper, happy moments for the greatest number of people before they die. That is the moral code that prevails in the West, where seat belts are required but pornography goes unregulated. (Except, of course, to make sure that most of the actors indeed are consenting adults.) Call it the “happy moments” theory of life.

By modern Western standards, then, the Soregonadis are simply the luckiest people on earth, and it’s time for patriotic miners to find an American source of contrafactium, if only to maintain our nation’s lethargy independence.

If that conclusion doesn’t sit well with you, it must be because you think that there is something more to human happiness than feeling good all the time, and that there is some moral standard which includes, but goes beyond, respecting individual rights. You needn’t have accepted Jesus Christ as your personal savior, or completed the Montfort Consecration, to think that there must be “something more” to human life than following your bliss. The pagan philosophers proposed varying answers that didn’t rely on religious faith. They proffered goods like virtue, fame, the hope of progeny, and patriotic love for one’s city-state as things that ought to outweigh momentary pleasure. In any case, most men were too poor, and technology was too crude, for there to be much prospect of non-stop satisfaction. The question would have been moot except to the likes of Caligula or Nero. (Oddly, such men who had the power to wallow in harmless pleasure often resorted to sadist acts of cruelty as entertainment – apparently, the pleasure hunt also dulls one’s sense of individual rights. But let’s leave that aside.)

What would we call this “something else”? In his upcoming blockbuster, Tea Party Catholic, political philosopher Samuel Gregg revives Aristotle’s idea of “human flourishing.” The goal of having a free society is not merely to have a free society, the way that playing baseball is the goal of playing baseball. Of course, religious and political freedom are nothing to sneer at, as the victims of the totalitarian states that blighted the 20th century would surely insist. But we all want more out of life than simply negative freedom. Yes, it is very important that we not have secret police pounding down our doors or bureaucrats taxing and spending 90 percent of our wealth. But why is it important? Is it simply because those secret police or socialist apparatchiks would be inflicting pain on us, or hampering our pursuit of more happy moments?

No, Gregg argues – we want to be free from coercion so that we might be free to do something else. We seek health not just because disease is painful, but because it gets in the way – of what? Of pursuing the good things of life, which include a very wide range of experiences unavailable to a happy heroin addict. It seems pedantic to list them, but a tiny sampler includes achieving goals, pursuing friendships, finding love, raising children, and leaving a legacy of good deeds one can look back on with justified pride. We have certain human faculties that are dulled by disuse and strengthened by practice, and any notion of happiness worthy of humans would have to include employing them. We want to be free so that we can do what is good for us, though of course we are often mistaken in our perceptions of what is good, or lured by the perversity in our nature (call it original sin) to act against our rational self-interest. The “freedom” to hit yourself in the head with a hammer, or live on a heat-grate with a tinfoil hat, is no meaningful freedom at all. That is why we sometimes intervene to aid the mentally ill or addicted, temporarily overriding their absolute autonomy in the hope of helping them get back some measure of freedom.