A Good Conservative Argument? Never Heard Of It 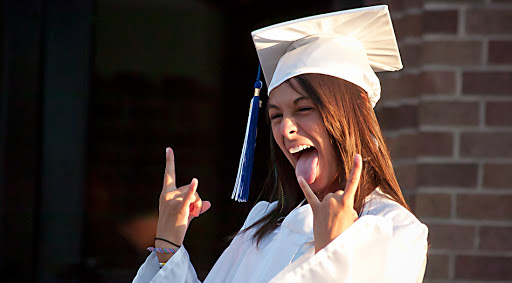 “One cannot truly understand a legal argument on behalf of one client or side without thoroughly understanding and addressing competing arguments and objections,” said Harvard Law School Dean Martha Minow at a recent Federalist Society conference on intellectual diversity in law schools.

Unfortunately, this foundational tenet of legal education is not realized in the nation’s leading law schools, including Ms Minow’s, where students learn a narrowly progressive view of the law from a predominantly leftist faculty. Our nation’s top law schools are failing their students, and in a country whose future will be shaped by those students, it is an urgent problem that we should demand law schools address.

It is beyond dispute that the nation’s top law schools are bastions of liberalism. A 2005 study by professor John O. McGinnis and lawyers Matthew Schwartz and Benjamin Tisdell found that 94 percent of Stanford Law faculty who made political contributions gave exclusively or predominantly to Democratic candidates. Although partisan affiliation is hardly the best proxy for jurisprudential and political views, the degree of the disparity is staggering. Professor Nicholas Rosenkranz of Georgetown reported at an intellectual-diversity conference that the ratio of liberal to conservative faculty at his institution is 116 to 3.

My own experience as a student at Harvard Law School is that liberal premises are assumed in most classroom discussions. Sometimes the ostracizing is explicit, as when a professor calmly explained to my class that conservative views are the result of irrational biases in favor of the status quo. Other times, it is more subtle, employing terms like “marriage equality” or “reproductive justice”.

The message is the same: Conservative beliefs need not be taken seriously. This marginalization of students who dissent from campus orthodoxy on vital questions of law and policy is shameful.

As a result, these liberal students do not truly know why they hold the beliefs that they do, and they have little understanding of what a great proportion of their fellow citizens believe. For a group of students aspiring to be our nation’s leaders, that is serious indeed, and for a country likely to be led by such students, it presents an important problem.

It is tempting to think that the ideological insularity of the legal academy need not concern those outside the Ivory Tower, but an out-of-touch academy produces out-of-touch graduates who go on to serve as judges, senators and, perhaps, presidents. The liberal academic monolith not only harms the intellectual development of students; it does grave damage to the nation’s capacity for future leadership.

Of course, there are many liberal professors who value intellectual diversity and confront their students with contrary arguments. But as John Stuart Mill once argued, a student interested in testing ideas “must be able to hear them from persons who actually believe them.” No scholar, no matter how learned, can represent an opponent’s arguments as well as the opponent. A professor of mine once attempted, sincerely, to articulate the argument in favor of traditional marriage. What the class heard instead was a caricature that no rational person would find persuasive.

If our elite law schools are to serve their students and the country well, they must actively seek out the best minds representing all points of view. That does not imply giving conservative candidates preferential treatment when making hiring decisions; all candidates must be held to the same academic standards. It does mean, though, that law schools should be eager to hire scholars who represent perspectives that are absent from their faculties. Law school campuses would have a richer and more vibrant intellectual life as a result, and the country would be the primary beneficiary.

In “Gorgias,” Socrates condemns the rhetoricians who care only to persuade and calls us to engage in a serious, self-critical pursuit of truth. As Plato’s dialogues demonstrate, however, the pursuit of truth requires interlocutors who challenge and test our beliefs. The legal academy aims to produce students of truth. It risks producing mere rhetoricians. The time has come for the legal academy to rediscover its mission. Our nation’s future depends on it.