And Without Gender He Created Them 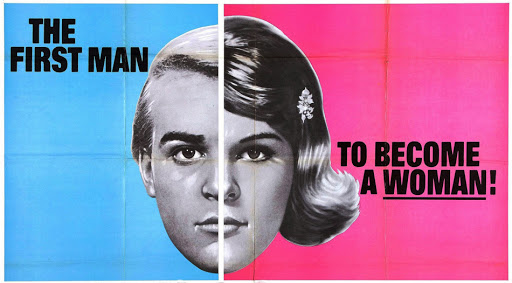 For equal outcomes, women must turn off their fertility with contraception and abortion – but should they?

When Pope Benedict XVI warned about the danger of “gender theory” in December 2012, most people were unaware of the inroads made by gender theory, the dangers it presents, and the social pathologies it has generated. Part of the confusion lies in the fact that there are several different theories of gender, each of which is based on a false understanding of the truth about the human person and a detachment of language from reality. The various theories promote among other things:

Gender theories are not logically consistent and are continually changing, making it difficult for those who try to critique them. This should not be surprising; those pushing the various gender theories reject the massive evidence for real sex differences. While reality remains stable, gender theory, alienated as it is from reality, is continually morphing into ever more bizarre forms. Its adherents are making ever more radical demands.

Those pushing these theories appeal to our compassion. Although we must resist their theories, we must remember that their creators are men and women who have themselves been alienated from their own natures, thereby embracing that alienation and creating theories to rationalize their behavior and desires. Reading their own comments, one can see the ways in which they have suffered trauma and rejection, and how they long for acceptance – but only on their terms. The defenders of reality cannot accept the demand that their alienated experience be treated as equal to reality. Compassion requires – in spite of their objections – the affirmation of their true manhood and womanhood and the reality of sex difference. Therapy and early interventions should be available; however, many of those confused about their sexual identity reject therapy.

It is also important to note that the promoters of the various gender theories claim to have science on their side and frequently reference published studies. However, careful analysis of these studies reveals that many of them do not meet the standard for well designed, statistically valid, and projectable research. Their authors often employ small, unrepresentative samples and controls, fail to ask the right questions, and sometimes ignore their own findings. Unfortunately, the media and certain professional organizations continue to promote this material while ignoring large, well-designed studies which refute the claims of gender theory. Consider two articles published in Social Science Research – one by Mark Regnerus (“How different are the adult children of parents who have same-sex relationships?”) and the other by Loren Marks (“Same-sex parenting and children’s outcomes: A closer examination of the American Psychological Association’s brief on lesbian and gay parenting”). The APA brief references poorly designed studies and made unsupportable statements. These articles refute the claim that having a parent with same-sex attraction does not negatively affect children. It is important to never to take a footnote as proof of a claim, but always read the full text of the referenced material.

John Money’s redefinition of gender as socially constructed roles was taken up by radical Marxist-influenced feminists. It is important to remember that this strain of feminism is very different from women who simply want to defend themselves against unjust discrimination. What these ideologically driven feminists wanted was a sex-class revolution.