Nawaz Sharif Demands an End to US Drone Strikes 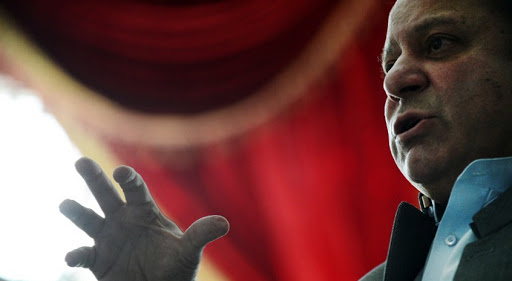 As the new president Nawaz Sharif steps into his presidential role a month after winning the general elections, he continues to push forward with his promise made in pre-election campaigns to “end the US war on terror.”

Sharif is the only person to be elected for a third run in Pakistan’s short history. He served first in 1990-1993, and then again from 1997- 1999 when he was overthrown and arrested in a bloodless military ‘take-over’.  He was sentenced to life imprisonment, but narrowly avoided serving the time by forming a supposed deal, exiling himself and his family to Saudi Arabia where he lived for thirteen years. However he came back to Pakistan in 2007 after a military deal was made and now the country has seen his triumphant return to the presidential office as head of the Pakistan Muslim League-N party, approved by 244 out of 342 seats in the chamber.

In his grand pre-election campaigns he made many assurances, one of which expressed the desire to end the US ‘war on terror’. Today, one month after his victorious win, he drives forward this desire.  In his first address to parliament as president, along with pledging to improve Pakistan’s broken economy and to enforce law and order, he called for an end to the US drone strikes which have been condemned by many of Pakistan's people.

"These drone strikes that rain in every day have to stop"  he declared, "We must learn others' [American] concerns about us, and express our concerns about them, and find a way to resolve this issue." However according to reports Sharif said little as to how he actually intended to implement a plan towards ending the strikes, which are deemed by the US to be a "vital weapon against militants fighting US-led forces in Afghanistan."

The drones have been targeting the tribal zones which house Taliban and al-Qaeda militants near the Afghan border. As a result Tehrik-e-Taliban Pakistan’s deputy leader Wali-ur Rehman was killed in an attack last week in North Waziristan. The Taliban has blamed the Pakistani government for the attack, and now refuses to enter into discussions with parliament, swearing to take revenge.

The Telegraph reports: "'Our six men including Wali-ur-Rehman were killed in this attack,' said Ehsanullah Ehsan, Pakistani Taliban spokesman, officially confirming the death of the key commander for the first time. 'We will take revenge of these killings from the Pakistani government and the establishment,' Ehsan told AFP. 'Establishment' in Pakistan usually refers to the military and security services."

Sharif had expressed in his campaigns prior to election day that he was open to starting up dialogue between the Taliban and Pakistan's government. However there does not seem to be much happening post-election with regards to such discussions, and there is talk of the military being reluctant to enter into dialogue with them since previous attempts have broken down.

President Sharif has entered office at a very delicate time. As the US plans to withdraw its forces from Afghanistan, and Pakistan itself is faced with a damaged economy and widespread violence thanks to the Taliban, his next steps will be crucial in defining a peaceful road ahead for Pakistan.