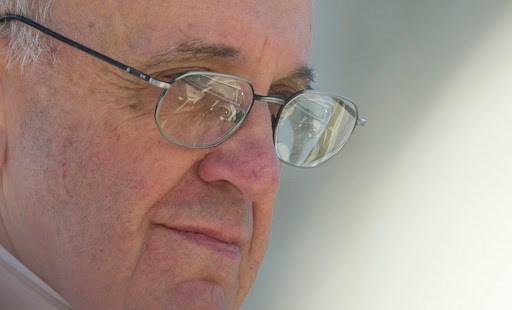 “Clean your plate!” your mother said. “Think about all the starving children in Africa!” From the headlines in London’s Daily Telegraph you would have thought Pope Francis was lecturing his children at suppertime.

Instead of worrying only about money, not enough of us think about “the needs of our brothers and sisters living in extreme poverty, and especially for the many children in our world lacking adequate education, health care and nutrition, consumerism and a culture of waste have led some of us to tolerate the waste of precious resources, including food, while others are literally wasting away from hunger.”

While some of the world’s news sources simply ignore Pope Francis’ words, some focussed on his comment about wasting food and others used his words to bolster their own environmentalist or economic agendas. What they missed was that the Pope was not speaking first and foremost about protection of the environment or economic issues. He was stressing the priority of the human family.

Catholic social teaching is very simple in its basic principles: political ideologies, environmental causes, ethical positions and economic policies should all be people centered. Politics should serve the people not people the politics. We look after the environment because the natural world is the home of the human family. We stand up for what is right and wrong for the protection of the lives and rights of people. Economic policies should have the welfare of all people as their guiding principle and rule. The world becomes twisted and distorted when we worship money and power and use politics, economics, environmental and ethical policies as a way to grab more money and power for ourselves rather than serving what Pope Francis calls “the human family.”

The Catholic Church is often perceived as being in the pocket of king and tyrants, and it is true that some Catholic leaders down through history have sold out to the secular powers, but the idea of a government “of the people, by the people and for the people” was first proposed not by Abraham Lincoln at Gettysburg, but by a Catholic Cardinal. St Robert Bellarmine (1542 – 1621)  was a Jesuit philosopher, theologian who contended with Protestants in the sixteenth century. As religion and politics were intertwined in his day, he also wrote on the philosophy of political power, and he was the first  to propose that secular rulers derive their power from the people and that the people therefore had the right to overthrow tyrants.

Bellarmine’s writings provoked outrage amongst European monarchs, and the Anglican writer Robert Filmer cozied up to King James I by responding with a work called Patriarcha which asserted the divine right of kings over their subjects. John Locke (1632-1704) answered Filmer — drawing from the ideas of Bellarmine, and it was John Locke’s writings which inspired the authors of the Declaration of Independence and therefore provided the foundation for what we experience as modern democracy.

The ancient church which is often depicted as retarding modern enlightenment,  liberty and democracy, was the very agency which produced the great  protagonists of democracy in the period of its greatest danger and saved out of  the democracy of the Middle ages what might be termed the seed thought for the  resowing and growth of democratic principle and practice among the nations of  modern times.


The theme and driving force of Pope Francis’ papacy and personality is emerging clearly. He is a pope of the people and for the people. His personal life style and the message he proclaims is that the first and most fundamental priority in human affairs is the human person.

Every argument is a theological argument, and Francis’ emphasis on the human person is rooted in an even more basic truth: that each human person is a unique creation in the image of God. Each human person is an eternal soul. People come first therefore, because there is a God-spark in each human heart. Each person is eternally precious, and this is why politics, economics, environmental policy and ethical principles must serve the human family.

In other words, “It’s about people, people.”

Fr Dwight Longenecker is parish priest of Our Lady of the Rosary Church in Greenville, South Carolina. Visit his blog, browse his books and be in touch at dwightlongenecker.com