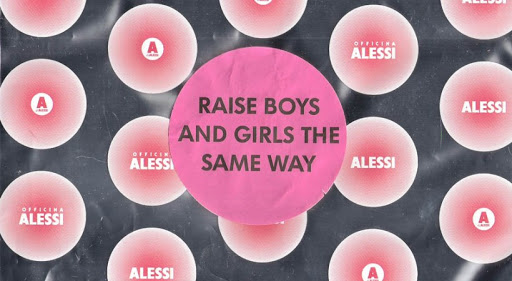 Men and woman are different, and their difference matters

It is not news to sober-minded observers that for the last half-century, equality in the U.S. has gone off the rails—politically, legally, morally, and culturally. Tocqueville had foreseen the eclipsing of liberty by the desire for equality in democratic republics like ours, and nowadays we see it vividly and routinely. Not only is the liberty of people who are expected to respect even dubious claims of others’ equality compromised, so is the liberty and well-being of those who in the name of equality are supposedly being helped.

We see that the U.S. Department of Education is now demanding that disabled students be permitted to compete on school sports teams. An increasing number of commentators call for women to be able to compete on the full range of sports teams with men, including ice hockey and football, at all levels. A recent news story tells about the marriage of a mentally retarded couple and a brewing lawsuit because their respective group homes won’t allow them to live in the same room together. We see the aggressive current push for same-sex “marriage.” We so fear “profiling” that we screen everyone as a possible perpetrator of heinous crimes instead of focusing attention especially on the most likely people. So, everyone at airports is subjected to outrageous, invasive body scans instead of careful examination of the backgrounds of those from Islamic countries (a là the Israelis’ type of screening). Our child protective system seeks a universal monitoring of all parents as potential abusers instead of paying attention to the broken families and cohabitation situations where abuse disproportionately occurs. The result of these attitudes is that too often the real terrorists and child abusers go unnoticed until a calamity happens.

This is only a small taste of how a convoluted—indeed, almost irrational—notion of equality continues to corrupt American life. It has consequences that are sometimes dramatic and destructive but, more typically, slowly damaging of a sensible, decent way of life (even, as said, for the people that this expansive standard of equality claims to help) and of the institutions needed to sustain it.

Some of the examples given illustrate how the current push for equality is actually an assault on nature. It also reflects further how rights have become, for many, little more than the satisfaction of wants and an attempt to justify something akin to envy. Not everyone can be an athlete, much less a successful one. Instead of motivating disabled students to achieve to the degree they are capable of in the areas they can—which is the standard stressed in John Paul II’s social encyclical, Laborem Exercens (#22)—we pretend there are no differences between them and other students, afford them undue advantages, alter the usual rules of the sport, and in the end leave them nothing more than pyrrhic success and disillusionment. (I speak, by the way, as the father of a disabled child.) When we call for co-ed sports, we pretend that high school or college-age females are no different in bodily strength or psychological make-up than males—to say nothing about whether the physical contact between the sexes in football, ice hockey, or wrestling would not be morally objectionable and could become one more thing debasing women and coarsening male-female relations. The notion of an absolute “civil right to marriage” and a mindless claim to “marriage equality” means that the mentally retarded must be allowed to marry. This is so whether or not they understand its meaning and purpose, are capable of undertaking its obligations, or truly consent to it or to sexual congress—and even if the result will be that they will bring misery on themselves. It hardly needs to be explained about how same-sex “marriage” is an assault on nature at its most fundamental level. It pretends that men and women are interchangeable, that biology and reproduction are irrelevant to the institution of marriage, and that normal sexual acts are the same as sodomy. A similar dynamic has long been at work in feminist pro-abortion thinking. Legalized abortion is needed to “equalize” men and women, to somehow overcome the reality of nature that only women can become pregnant.