Cooperation with Evil? On the Archdiocese of NY’s Current Healthcare Plan 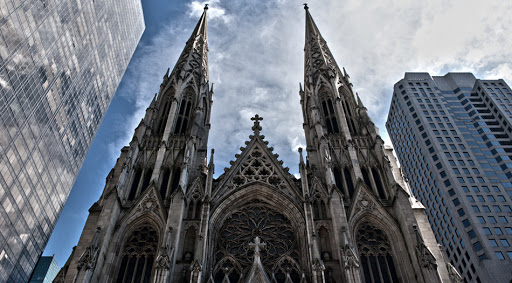 In this vale of tears, we often find ourselves associated with evil, and in more than one way. Catholic moral theology distinguishes between formal and material cooperation with evil. If I assist a co-worker to defraud the company, then I am formally cooperating with his evil act, meaning that our wills share the same evil intention. If, however, I rent a house to someone who then, unbeknownst to me, uses it as a haven for his illicit drug trade, then I only cooperate materially with his action. I (unwittingly) contribute the house used for his evil purposes, but I do not share his evil intention.

We need this distinction between formal and material cooperation to help us think through the recent controversy over the Archdiocese of New York’s participation in a health care plan that provides contraception. Recently, the New York Times sought to embarrass the Cardinal Archbishop of New York, Timothy Dolan, by revealing that the very type of health care plan that the Cardinal has been so vigorously opposing as part of the Affordable Care Act (“Obamacare”) is the very type of health care plan that the Archdiocese of New York has been providing to certain of its employees for many years. This revelation was hardly news, as it was Cardinal Dolan’s illustrious predecessor, Cardinal John O’Connor, who twenty years ago negotiated the contract that contains the morally reprehensible service. At the time, Cardinal O’Connor expressed dismay that he failed to negotiate a more acceptable contract, and in response to the Times story the Archdiocese of New York repeated that it only accepts the terms of the health insurance contract “under protest.”

The archdiocese recognizes that its hands are not completely clean here. Kathryn Jean Lopez reports that on May 28, Cardinal Dolan admitted on his Sirius XM Catholic Channel radio show that the archdiocese’s record on its health care coverage is only “99 percent” clean.

It is important to understand, however, in what sense the archdiocese is “unclean.” Is the Archdiocese of New York formally cooperating in the evil act of making contraception available?

So proximate material cooperation in evil is wrong, too, though not as wrong as formal cooperation. Sometimes, however, we cooperate with evil only materially and remotely, as in my original example of unwittingly renting a house to someone who uses it to sell illicit drugs. My remoteness to the evil act absolves me from any blame for the crime.

Now certainly, the Archdiocese of New York is not blatantly wishing that its employees use the insurance plan to procure contraception. But as Pakaluk argues, even in such cases, an argument can be made for formal cooperation with evil. Though he refers not to the Archdiocese of New York case, but to the burden being placed upon Catholic institutions by the HHS mandate that forms part of Obamacare – a mandate requiring religious institutions to provide contraceptives, sterilizations, and abortion-inducing drugs as part of their “health care” insurance – Pakaluk submits that whenever a Catholic institution shares in paying for, subsidizing the costs of, or jointly providing with another, its cooperation should be considered formal. Given that the U.S. bishops are claiming that the HHS mandate violates freedom of conscience, it would seem, that they also consider cooperation with the mandate to be formal cooperation in evil, according to Pakaluk. Compulsions which are only material, Pakaluk goes on, “are ‘uncomfortable (e.g. the postman who must deliver pornographic magazines sent to a certain address), but compulsions which are formal are sensed as being “violations of conscience.’”

Why, then, should not the Archdiocese of New York’s participation in a health care plan offering contraception also be considered formal cooperation with evil?

An argument can be made, however – and in fact, has been made – by Dominican theologian Fr. Thomas Joseph White and R.R. Reno writing in First Things, that cooperation with the HHS mandate, and presumably too with any health insurance plan providing for immoral services, is only material cooperation with evil. These writers, however, do not distinguish whether such cooperation is proximate or only remote.

For myself, and speaking only as a moral philosopher and not a moral theologian, I am inclined to regard the Archdiocese of New York’s cooperation with the health care insurance as immoral insofar as it is proximate material cooperation. I conclude this because the archdiocese has deliberately agreed to fund an employee’s use of contraception as “health care,” which makes its cooperation a direct instrument of the evil. I would argue the same for those institutions which cooperate with the HHS mandate. This reading of things maintains, just as much as Pakaluk’s reading, that the HHS mandate violates conscience.

But even if we finally settle the moral casuistry, the issue remains of where Catholic institutions are to go from here. On August 1, religious institutions like the Archdiocese of New York will be forced to comply with the HHS mandate or else face stiff financial penalties. This mandate threatens to compromise the religious liberty of all Americans, and thus is far more threatening than what is happening in the Archdiocese of New York. Thus, Catholic and indeed all institutions offering health care insurance need to prepare to make their stand – through legal means, as so many are doing, and through acts of civil disobedience. During the U.S. bishop’s second Fortnight for Freedom that begins on June 21 and goes until Independence Day, we Catholics have a great opportunity to reflect, pray, and gird our loins for the fight.

Daniel McInerny is a novelist, journalist and philosopher. He also consults in the area of brand storytelling at The Comic Muse. You can contact him at daniel@thecomicmuse.com.