God’s Forsaken People: Have you Heard of Rohingya Muslims? 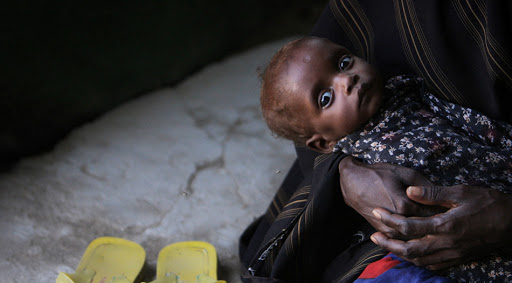 A refugee people not wanted in any country

Unwanted in Myanmar and unwelcome in neighboring Bangladesh, Rohingya Muslims are literally ‘God’s forsaken’ people.
For decades, they have remained ‘one of world’s most persecuted people’, according to the United Nations, due to years of persecution in Arakan (Rakhine) state in Myanmar, yet their suffering looks set to increase further in the near future with recent hostile moves in Myanmar and Bangladesh.
Recent media reports say Myanmar’s quasi-civilian government has reaffirmed a discriminatory two-child policy to control the Rohingya population.
This has sparked outrage from various quarters including the US government, Human Rights Watch and Myanmar’s pro-democracy icon Aung San Suu Kyi.
The move coincides with the Bangladesh Foreign Ministry’s drafting of a strategic plan to tackle undocumented Rohingya refugees that it says are living in the country illegally.
The plan, currently being reviewed by several government bodies, contains 25 proposals including conducting a survey to determine the exact number of Rohingya refugees, forming a taskforce to stop Rohingyas entering the country illegally, and installing an embankment as a barrier along 50km of the Naf River that separates Bangladesh and Myanmar.
Most importantly, for the first time it proposes a special law that will make it a punishable offense to provide shelter and support to "illegal Rohingyas."
The plan needs to be cleared by an inter-ministerial cabinet body, which will not take long. Once in place the government intends to establish detention centers along the border and repatriate illegal Rohingyas back to Myanmar.
“The government is getting strict on Rohingyas because they have tainted the country’s image internationally with their illegal activities. Moreover, the government thinks the international community is not doing enough to press Myanmar on the Rohingya crisis,” said a Foreign Ministry official who did not want to be named.
In the past four decades, thousands of Rohingyas have fled a series of bloody crackdowns and sectarian violence in Rakhine and entered neighboring Bangladesh. Most were eventually repatriated, but 30,000 have refused to leave, for fear of further persecution.
In 1993, the United Nations refugee agency (UNHCR) granted official refugee status to these Rohingyas, which allowed them to stay in two camps in the Cox’s Bazar district, where they depend on government and NGO aid for survival.
The UNHCR, however, estimates there are about 300,000 undocumented Rohingyas, residing outside the official camps; Bangladesh authorities put the number at around 500,000.
Bangladesh has been relatively friendly in the past. Rohingyas look very similar to native Bengali people physically and their language is related to a Bangla dialect spoken in southeastern Bangladesh.
Many have found a home in Bangladesh by utilizing their physical and linguistic similarities. They have married locally, found jobs and run businesses, albeit illegally.
In recent years the local media has reported many unlawful activities allegedly committed by undocumented Rohingyas. These include Rohingyas being arrested in Middle Eastern countries with fake Bangladeshi passports, damaging the environment by forest encroachment, and involvement with militant groups and drug smuggling.
These allegations and revelations which many say taint the country’s image have led to closer and more critical government monitoring of the Rohingya issue.
The government denied entry to thousands of Rohingyas fleeing bouts of deadly sectarian violence in Myanmar in June and October last year. The decision was criticized by the UNHCR, various Western governments and international rights groups.
In August last year, the Bangladesh government banned three international NGOs – Doctors without Borders, Action against Hunger and Muslim Aid UK – from operating among the Rohingyas.
Rosaline Costa, a rights activist and lawyer, says they deserve shelter and support in Bangladesh on humanitarian grounds, but sympathy has been lost because some vested groups have "misused" Rohingyas for their own interests.
“I worked with the UNHCR for eight years … and found that Rohingyas were being abused by several organizations. Rohingyas were also sent abroad illegally, they were recruited by extremist outfits and coerced into illegal activities like robberies, drug-smuggling and the sex trade,” said Costa, coordinator of Hotline Human Rights Bangladesh, adding the government has yet to develop a workable mechanism to deal effectively with the refugee problem.
Professor CR Abrar from Dhaka University’s International Relations department says a solution to the problem has been elusive because no one has ever tackled it properly.
“Bangladesh, Myanmar and the international community have failed to find a solution, because the issue was never part of long-term development plans for this region. What Bangladesh and Myanmar are doing now won’t be effective in the long run because they fail to tackle the root causes and lack efficient policies to redress it,” Professor Abrar said.
The plight of the Rohingya is rooted in history. For hundreds of years they had a happy and peaceful existence which was snatched from them in recent times. Without effective and efficient attention and concerted efforts from all parties involved to address underlying historic, social, economic and political issues that affect their hopes for a better future will remain elusive. Hasty and imprudent efforts won’t improve anything, but will only make things worse.